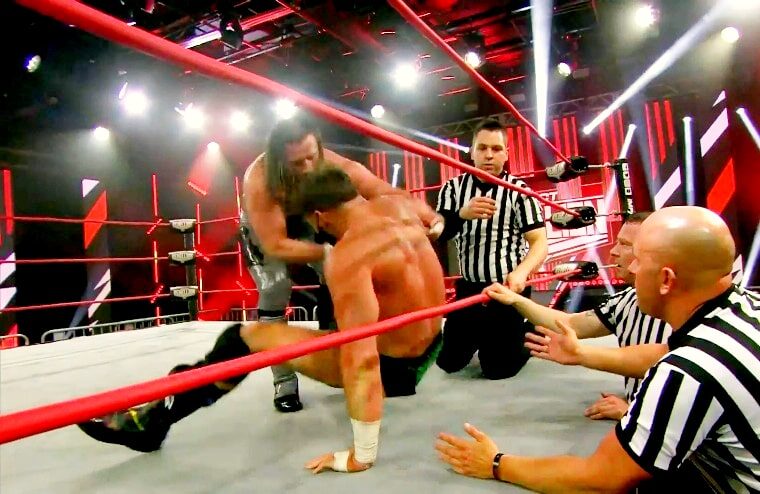 During Impact Wrestling’s Rebellion pay-per-view, longtime tag partners and podcast co-hosts Matt Cardona and Brian Myers squared off. Myers would be victorious, but not before a worrying moment in the match which saw the referee throw up the dreaded “X” sign, meaning a legitimate injury had occurred. The injury happened when Cardona was thrown into the air, and his knee buckled upon landing. Multiple referees would check on him, and shortly afterward, the wrestlers improvised a finish with Myers helping his prone opponent to his feet before clotheslining him and following up with the Roster Cut Lariat.

Cardona seemed to be in a lot of pain and has since taken to Twitter and confirmed that his knee cap had to be put back in place. However, he did later follow up by saying it is hopefully just a scare. Suppose he cannot immediately return to the ring, though. In that case, it could cause him to miss several weeks of television, and Impact is now taping multiple weeks of television at once.