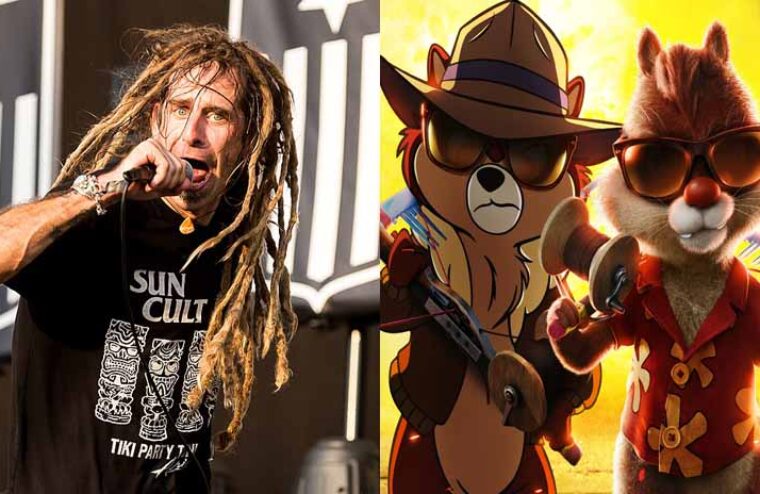 Lamb Of God recently wrapped up their stint on “The Metal Tour Of The Year” with Megadeth, Trivium and In Flames. The band has numerous festival dates this summer before they resume touring in the fall with Kreator, Thy Art Is Murder and Gatecreeper. Recently, singer Randy Blythe talked with Full Metal Jackie about his 2015 book, “Dark Days” A Memoir,” which focused on his unfortunate ordeal in a Czech Republic prison and his subsequent acquittal.  “I always say that writing a book makes writing an album look like going to kindergarten,” Blythe said. “It is a much more intense, much more sustained [and] much more nerve-racking extended creative effort.”

Blythe is also planning a second book, and Lamb Of God is featured in an unlikely place for hard-hitting heavy metal — the “Chip ‘n Dale Rescue Rangers” reboot on Disney+. Lamb Of God’s “Laid to Rest” is featured in a scene where Chip is living the lonely bachelor’s life without his sidekick, Dale. Chip walks home, enters his house and then takes off his earbuds as he’s listening to Lamb Of God. “Console yourself — you’re better alone,” sings Blythe before Chip taps his earbuds off. Lamb Of God shows up at the 12:45 mark in the movie which is now available on Disney+.

About his new book, Blythe said on Instagram last summer: “It’s been six years since my 1st book, Dark Days, came out. I’ve been kinda busy but I can’t screw around any longer- it’s finally time to write a new one. The proposal is done, the publishers accepted it, & the contract is hammered out & in the mail. “Sh*t- that means I actually have to write this thing! All I’ll say is: A) it’s another non-fiction book, & B) I just spent over two weeks utterly consumed by writing the freaking introduction. 2,296 words in 15 days- that not a lot, but I want it to be RIGHT. Plus, I’m just stretching the old muscles, getting back in shape for the brutal long haul that lies ahead. The sustained creative heavy lifting required to write a book makes writing the lyrics for an album look like preschool finger painting. Plus, if what you’re doing is turning out sh*tty, you can’t just blame the rest of your band. (sorry dudes).”

He also told Full Metal Jackie: “In a way, it’s a much more creative process — or a purely creative process, I would say — because it’s just you and the blank page. But it is nerve-racking — it really is. And also, as I get older, I just enjoy quiet more and more and more, and writing is a very quiet and solitary activity — at least it is for me. So I enjoy that. My ears don’t ring after writing a book, but they sure as hell do after writing an album.”