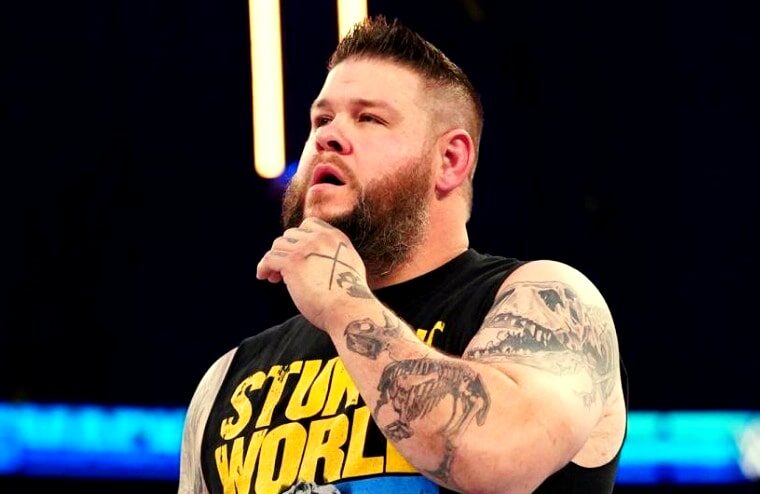 Not since the days of The Mondy Night Wars has there been so much speculation on wrestlers switching promotions. At present, the jumps have been one-sided, with AEW in acquisition mode, while WWE seems happy to let talent leave. That said, WWE did put up a fight to keep Adam Cole, and just as his situation has been resolved, another wrestler’s future appears now to be in question.

That is because Fightful Select has reported that Kevin Owens’ WWE contract is expected to expire in January, and while that alone may not mean much, there has been a couple of clues that Owens may be looking to join AEW. The first came when he tweeted and then deleted the coordinates for Mount Rushmore. This is relevant because he was part of a PWG faction in 2013 called “The Mount Rushmore of Wrestling,” along with the Young Bucks and Adam Cole. Secondly, his location on Twitter is set as “Almost there,” while the Young Bucks have theirs set as “There.“

Of course, this doesn’t mean Owens is definitely AEW bound. He could simply be having fun on social media with his friends teasing fans, or like Randy Orton, flirting with AEW to get a better deal from WWE. Vince McMahon will likely offer Owens a very generous contract to keep him away from AEW as the perception currently is that AEW is the place to be. This puts Owens in a very favorable position where he could set himself up for life.

Owens has been with WWE since 2014, and since then, has held the Universal Championship, NXT Championship, and both the Intercontinental and United States Championships on multiple occasions. Overall, he has always been prominently featured and worked with the company’s biggest stars, including John Cena, Roman Reigns, and Randy Orton. It’s believed despite his body type not being typical of what McMahon is a fan of, he is very highly valued in the company. However, a fresh set of opponents and the opportunity to reunite with old friends may be too much for Owens to turn down.