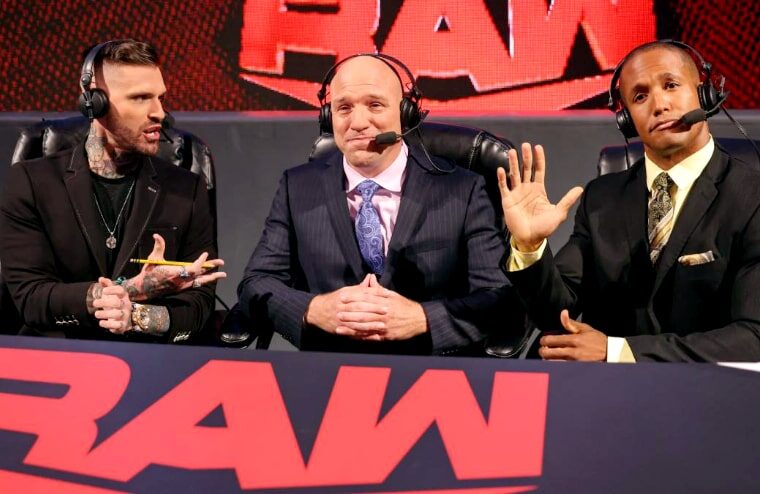 On Thursday, Variety reported that WWE was undergoing a commentary shake-up ahead of their season premieres. And while some commentators would remain where they were, others were moved, and Jimmy Smith, previously of Raw, is no longer with WWE. The report confirmed that from now on, SmackDown would be commentated on by Michael Cole and Wade Barrett, Raw will have Kevin Patrick alongside Corey Graves behind the announce desk with Byron Saxton doing backstage interviews, plus NXT will see Booker T join Vic Joseph. Additionally, it was confirmed that Michael Cole and Corey Graves would call pay-per-views.

Shortly after the Variety article was published announcing this, Smith took to Twitter to acknowledge his WWE departure. However, he wouldn’t divulge if it was his decision to depart the company. Nevertheless, it should be noted that typically in situations like this that people with names outside of wrestling, the company will allow them to go out with their heads held high. Such as with former ESPN announcer Adnan Virk who claimed travel issues were his reason for exiting WWE when it was clear to everyone that he wasn’t cut out for the job.

Smith joined WWE a year ago, taking over from Virk, as mentioned above, who’d only been in the role of Raw’s play-by-play announcer for just two months. Subsequently, the former MMA fighter and commentator with minimal pro wrestling knowledge would be thrown in at the deep end, and while he didn’t always know the name of every move, he was a vast improvement on his predecessor. Although he will likely be best remembered for the time that he flubbed his lines by saying, “Kofi Come Kingston,” which resulted in mockery from social media users with dirty minds.