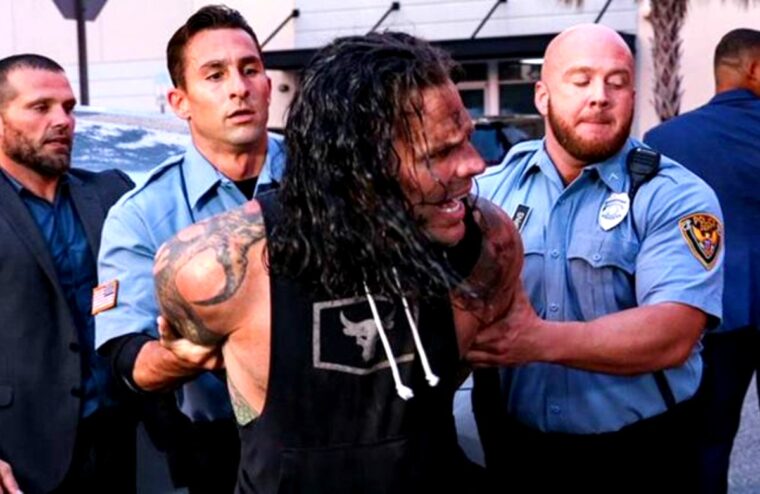 This past Monday, Jeff Hardy briefly appeared following a 24/7 Championship match to help catch Reginald along with Shelton Benjamin, Humberto Carrillo, and Jaxson Ryker. It was the blink-and-you-miss-it cameo, and seeing the former WWE Champion chasing the least prestigious title in WWE resulted in him trending on Twitter with fans saying he should join his brother Matt in AEW.

Now in an interview with 98.5 The Sports Hub’s Wrestling Inside The Ropes, Hardy would briefly address how WWE is booking him. Somewhat surprisingly, he didn’t appear to be unhappy and said he did what he was asked to do.

It’s one of those things man, I show up to work and do what they need me to do and move on. That’s in the past, and this Monday is the future, so I’m super excited.

While Hardy would almost certainly be welcomed by AEW, he signed a contract extension with WWE in 2020. At the time, he was in a decent position on the card, winning the Intercontinental Championship from AJ Styles, and then worked a program with Elias. Recently, though, he has been losing matches to wrestlers you would typically expect him to beat and appearing on Main Event. While it would be understandable if he was frustrated, he seems OK with how his career is going based on this interview.