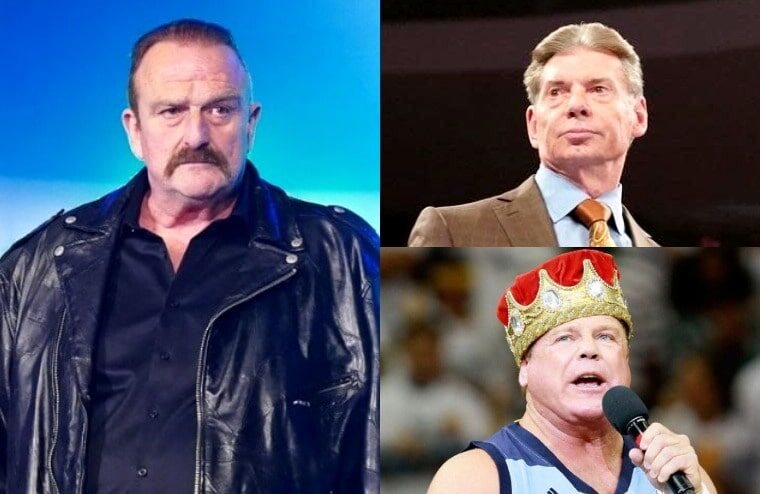 Jake “The Snake” Roberts and Jerry “The King” Lawler feuded in 1996 after Lawler repeatedly mocked Roberts’ issues with alcoholism. He’d suggest that Roberts’ tag partner was Jim Beam and referred to Aldo Montoya as Roberts’ designated driver. The pair met at SummerSlam, and Lawler won after hitting Roberts with a bottle of whiskey. With the heel having gone over, the angle had to continue, and Lawler would continue to make tasteless remarks.

Roberts would go on to get his win and beat Lawler in a ten-second match on Raw after pretending to be drunk during his entrance. Apart from being on opposing teams at the Survivor Series, the feud was thankfully over. Now speaking to ITRwrestling.com, Roberts has shared his opinion on the angle and blamed both Vince McMahon and Lawler.

Well, I thought it was a horrible thing for McMahon to ask me to do. It was cheap, it was disrespectful, it didn’t prove a damn thing other than the fact that Vince McMahon’s an asshole, so there you go. Lawler, he’s in the same boat. Both assholes. Jake Roberts

Following a real-life relapse with drugs and alcohol, Roberts would depart WWE in February 1997. As seen in the documentary Beyond The Mat, his addictions would worsen, and his career went further off the rails. He finally managed to rid himself of his additions after moving in with Diamond Dallas Page in 2012, who helped him turn his life around. This led to a WWE Hall of Fame induction in 2014, and now Roberts is signed with AEW, where he is the mouthpiece for Lance Archer.