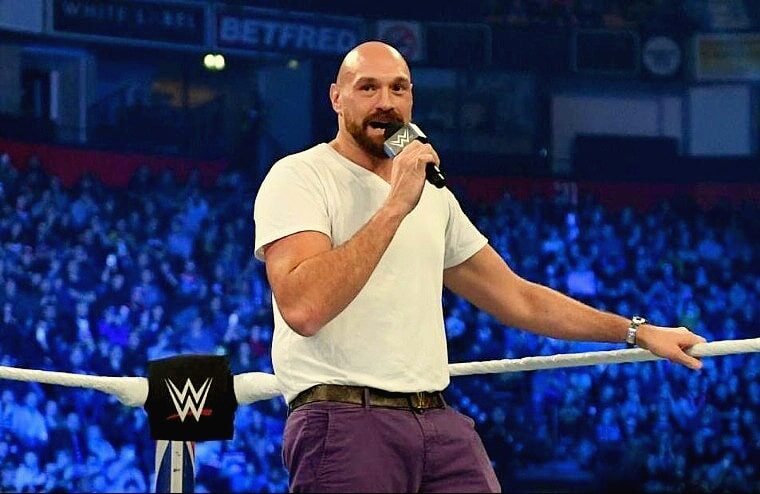 The Royal Rumble is less than two weeks away, and it is always fun to try and predict who will win the Rumble match. There was a time winning the Royal Rumble guaranteed a spot in the main event of WrestleMania. However, as Sheamus and Alberto Del Rio can confirm, it can lead to the main show’s opening match. While this has somewhat diminished the importance of winning, it does open the possibilities of who will win.

Due to the unpredictability, bookmakers now take bets on the winner, and as of writing, they have Daniel Bryan as the favorite, with Keith Lee the most likely alternative. Interesting, though, Odds Checker has reported that 9% of all bets placed have been on professional boxer Tyson Fury winning. He started out at 100/1 but over the weekend his odds have shorted to 25/1.

At first glance, it does look like a fool’s bet, but when you consider WWE were previously looking at booking Drew McIntyre vs. Fury for a show in the UK, there does seem to be some reasoning behind it. WWE had to change plans and have Goldberg face McIntyre at the Royal Rumble due to not having a viable contender on Raw for the WWE Championship. That situation is unlikely to change before WrestleMania, and if McIntyre retains over Goldberg, he’ll need a big name to face in the main event on one of the two nights.

The two-time world heavyweight boxing champion previously wrestled for WWE in October 2019 at Crown Jewel in Saudi Arabia and reportedly received one of the highest payoffs ever. He’d defeat Braun Strowman by count-out in a match many fans considered a dud. Still, Vince McMahon was seemingly happy as he told Fury that he was the quickest sportsman to ever saw pick up pro wrestling. When asked if he would wrestle again, Fury would say, “Never say never, for sure.“