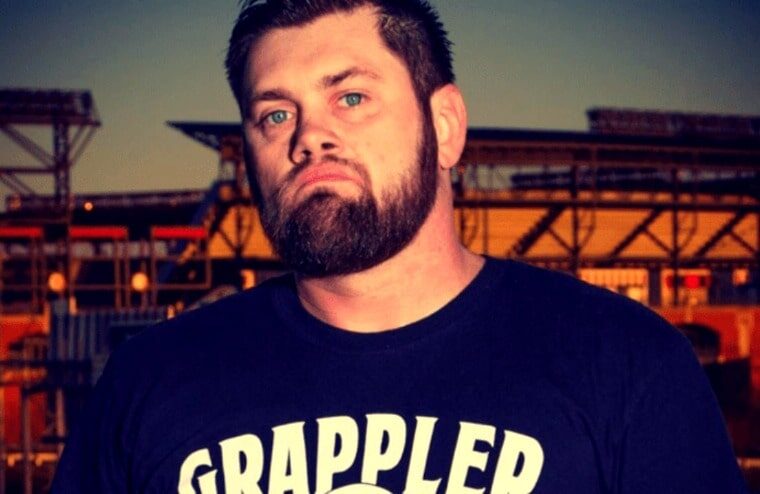 Jimmy Rave shared the news 11 months ago that his wrestling career had ended after 21 years due to his left arm amputation. Now just days after revealing he owes more than $100,000 in medical bills, he has announced on Twitter that he has also had to have both legs amputated following an MRSA infection this past June. Unfortunately, due to the nature of the internet, some fans are skeptical, so he has included a photograph confirming this.

Apparently it’s time for me to come clean. This past June I began having trouble walking & went to my surgeon. He determined I had MRSA in both legs & they needed to be amputated immediately. Promoters can tell you along with my peers, I’ve had a history w/this and would cancel shows often due to this condition. I don’t know where rumors started this was due to something else, but I hadnt been to shows for so long. So where did someone see me do something? *I* have ALWAYS been honest with my past. *I* went on podcast n interviews being super candid. Pro Wrestling is all I ever loved. It sucks to think that the tribe I would have died for, would say untrue things about me. I’ve gone this whole time not disclosing my legs because of this embarrassment. Sorry I fell short of your expectations. I tried … I really did.

For those wanting to assist Rave, he has confirmed his PayPal-associated email address is [email protected] Additionally, the original GoFundMe from 2020 set up for him to purchase a prosthetic arm remains open at gofundme.com/f/Jimmyrave.

Rave started out in the wrestling business in 1999, and he is best known for his multiple runs in Ring of Honor, where he shared a ring with Bryan Danielson, Samoa Joe, Nigel McGuinness, AJ Styles, and CM Punk. He was also part of The Rock ‘n Rave Infection in TNA along with Lance Archer and Christy Hemme. Unfortunately, his career was severely hampered by drug addiction, which resulted in him attending rehab. He would, though, rebuild his life and get a job at the Bartow County Peer Support, Wellness, and Respite Center in Georgia before sadly having to deal with these amputations.