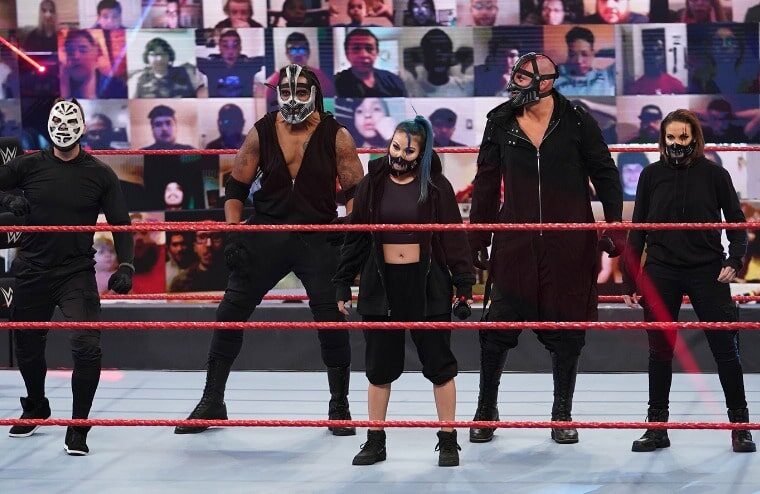 Retribution was a faction hellbent on destroying WWE. The members were unhappy with how they’d been treated in the WWE system and were out for vengeance in the storyline. It wasn’t a terrible idea on paper, but fans mocked the group after WWE botched the execution and gave the members dreadful outfits and unconventional names.

Among the members was Australian Shane Thorne, who went by the bizarre name Slapjack, and it should be noted he did the best to make the most of his main roster opportunity. However, when WWE pulled the plug on the group during the Fastlane pre-show, he quickly became an afterthought. He would go on to compete in the Andre The Giant Memorial Battle Royal but was clearly included simply to make up the numbers.

Though, it now appears that Thorne is set to receive a second chance on the main roster. While he recently wrestled a dark match against Karrion Kross just for WWE officials, he has now appeared in front of fans participating in a Battle Royal (won by Big E) when SmackDown went off-air. In the video you can watch below, which was filmed by Twitter user @HunterPWWE5, he can be seen in new ring gear, portraying a babyface.

Thorne has been with WWE since 2016, following a successful tryout the prior year. He would team with his long-time tag partner Nick Miller in NXT and work with teams including The Authors Of Pain, American Alpha, The Street Profits, and The Revival. He became a singles competitor at the end of 2018 and challenged Ricochet and Velveteen Dream for the NXT North American Championship on house shows. Then after going through several tag partners, including Daniel Vidot, Bronson Reed, Brendan Vink, and Dorian Mak, he was made part of Retribution.