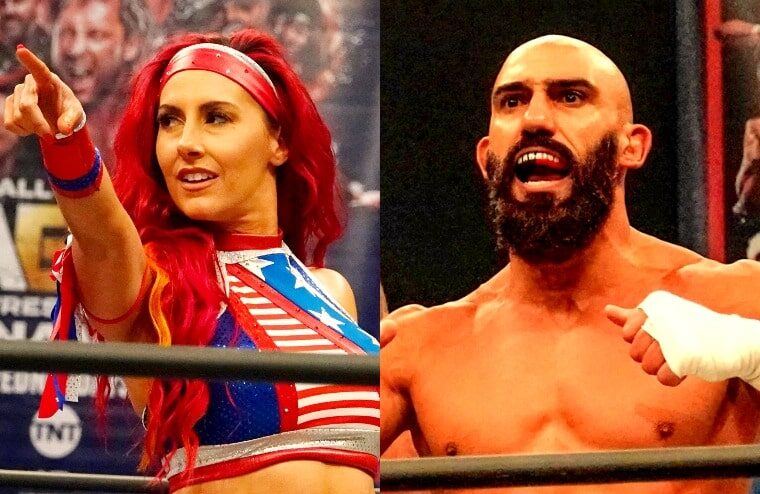 Previously, AEW would tape their YouTube show Dark on the same day as Dynamite. Now, with Rampage being taped following Dynamite, an alternative plan was required for Dark. It was subsequently announced that Dark would be taped going forward at Universal Studios, where both TNA and WCW previously recorded shows. The two sets of tapings would take place this past weekend, and multiple former WWE talents would make their debut throughout the day.

First to appear were Stallion Rogers and Anthony Greene, who were respectively known as Curt Stallion and August Grey in NXT facing off against FTR. The duo teamed previously in both EVOLVE and WWE, last teaming together in January 2021 against Drake Maverick & Killian Dain in the first round of the Dusty Rhodes Tag Team Classic. They would then go on to wrestle singles matches during the second session facing off against Joey Janela and Evil Uno in singles matches.

Later on, Adrian Jaoude, formerly known as Arturo Ruas in WWE, wrestled teamed with fellow Brazilain Cezar Bononi taking on Ryzin and Jake St. Patrick. The match was a reunion of former tag partners, with the pair having first teamed in 2016 while in NXT and teaming together dozens of times until 2019. Ruas had been with WWE for six-year years before his release on June 25th and had been recovering from surgery since the 18th November episode of NXT after being injured in a match against KUSHIDA.

Also debuting at the tapings was Santana Garrett, who wrestled Diamante. It was her first match since entering at number 12 during the women’s Royal Rumble match earlier this year, where she was eliminated by Rhea Ripley. Over the years, she has wrestled for countless independent promotions in addition to World Wonder Ring Stardom and Impact Wrestling and developed a reputation as an enhancement talent due to very rarely winning on television.

It isn’t known if AEW intends to offer any of the four wrestlers deals. However, without wanting to spoil anything, as one of those wrestling was booked to win their match, it is possible AEW may have some future plans for that individual. Typically independent wrestlers will regularly wrestle on Dark, usually losing to contracted talent to prove themselves. Then, if they get over and impress management, they are offered a full-time deal, which happened with Will Hobbs, Lee Johnson, Griff Garrison, and Brian Pillman Jr.