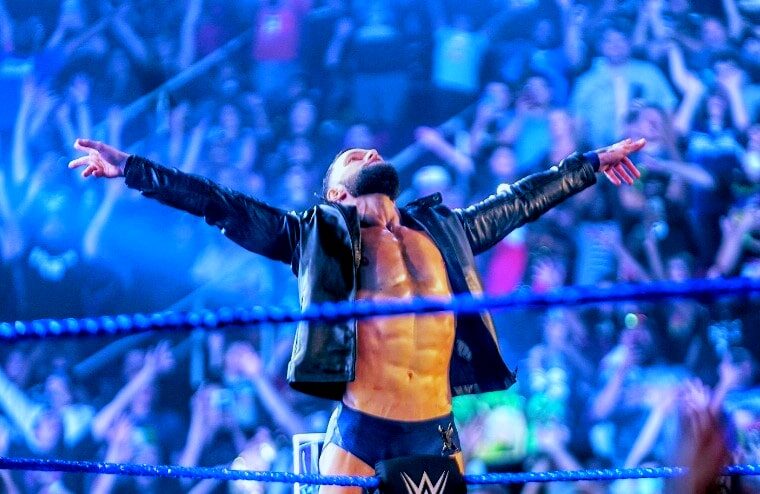 The first-ever Universal Champion Finn Bálor returned to WWE’s main roster during this week’s edition of SmackDown. Sami Zayn would be in the ring complaining about WWE’s supposed conspiracy about him when he was interrupted by Bálor’s music. Zayn would pretend to be welcoming the Irishman back to Smackdown but then went to attack him. Bálor, though, avoided the attack and would leave Zayn laying after hitting the Coup de Grace.

This was Bálor’s first main roster appearance since losing a virtual squash match at SummerSlam 2019 to The Fiend. This led to him going on hiatus for two months, and he used this time off to marry sports journalist Verónica Rodríguez and heal up. He’d then return as part of NXT on October 2nd, which was when AEW Dynamite debuted on TNT with WWE management, hoping his star power would help in a ratings battle.

Until recently, he had been a prominent part of the brand but lost the NXT Championship to Karrion Kross at TakeOver: Stand & Deliver in April and then put him over again in a rematch a few weeks later. With NXT and AEW no longer going head to head, Balor is no longer required in NXT. Plus, in a recent interview with Fox Sports, he explained he wanted to return to one of WWE’s two main shows, feeling he didn’t accomplish all he could during his previous run.