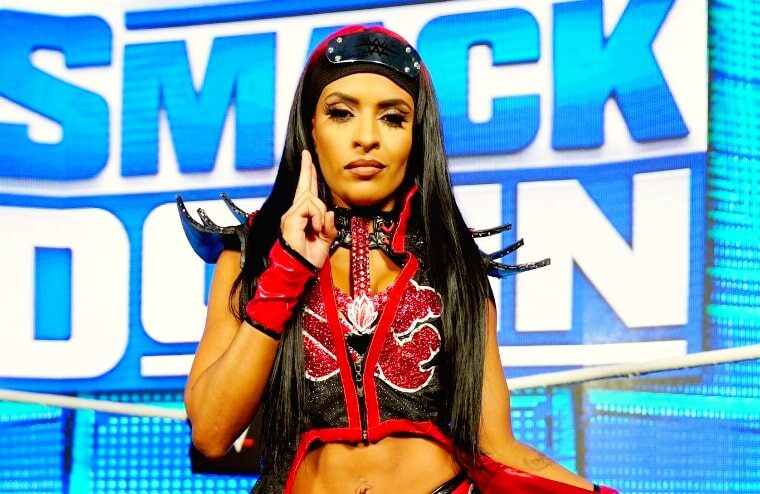 SmackDown this week was remembering the tragic events of 9/11, which took place twenty years ago. WWE was running a show in New York for the first time in two years, and scheduled to compete on the show was Zelina Vega. This was a very special event for her as she lost her father, Michael, at just ten years of age as he was on the 103rd floor of the North Tower when it collapsed.

In a recent article with Yahoo Sports, she would deem the show “one of the most important days of my career.” This was due to her father getting her interested in wrestling and taking her to shows at MSG where SmackDown was taking place. Additionally, she had new gear made for the occasion and was considering paying tribute to him subtly by writing his name on her outfit.

Sadly for Vega, SmackDown would run long, and WWE decided to cut her match along with a segment with Kevin Owens. This resulted in fans across social media expressing their displeasure with WWE. Vega herself hasn’t commented, although she did go on to Tweet out a photo of her gear with the caption “nevermind.“

Vega would thankfully get to pay tribute to her father as she participated in a memorable event that took place on Saturday. She would say she loves and misses him, hopes he is proud and asks him to look after her and the rest of the family. You can watch an excerpt of this emotional moment below.

Vega made her return to WWE two months ago after previously being fired for breaking their rules regarding making third-party deals. Due to her father, her dream had always been to wrestle for WWE, and except for when she was signed with TNA, she would try out for the company every year after becoming a wrestler in 2010. She eventually got her opportunity to wrestle in a WWE ring in 2016, facing then NXT Women’s Champion Asuka on a 2016 episode of NXT. Nine months later, she was offered a WWE contract and took on the name Zelina Vega.