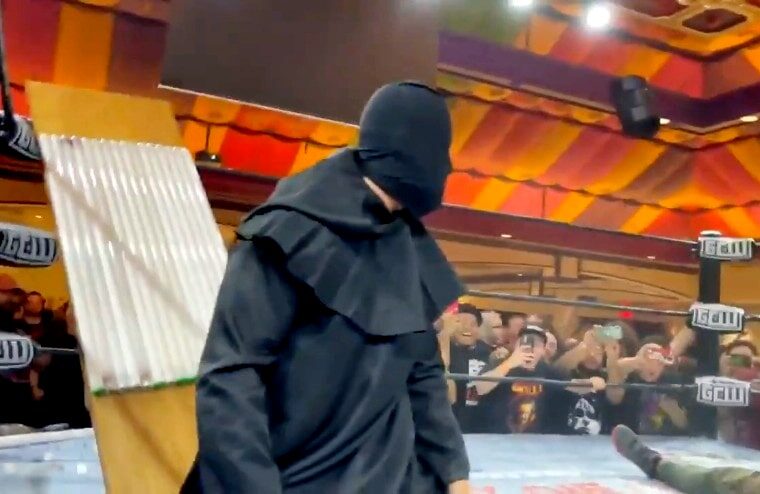 Nick Gage and Jon Moxley are currently feuding in Game Changer Wrestling, with a match between the pair expected later this year. Although at Sunday night’s Zombie Walk pay-per-view, a different former WWE talent got involved in Gage’s match. Gage, who recently received a lot of attention due to his Dark Side of the Ring episode, was defending his GCW World Title against Jimmy Lloyd when a man dressed in black hit the ring.

At first, fans believed it was Moxley due to the mannerisms and poses used. The mystery man even hit Gage with a Paradigm Shift, the finishing move of the AEW star. However, he’d remove his face covering to reveal himself as Matt Cardona, previously known as WWE Superstar Zack Ryder. This resulted in fans chanting “F**k Zack Ryder” as he celebrated in the ring. You can watch this for yourself below.

Cardona and Gage have been arguing over social media recently, and Gage invited Cardona to attend last night’s show. Many doubted this would happen, considering that one is a sports entertainer that collects action figures while the other is a deathmatch wrestler previously convicted of bank robbery. Now though, the mismatched pair look set to wrestle in the future, and it will be interesting to see if Cardona competes under the unconventional deathmatch style.