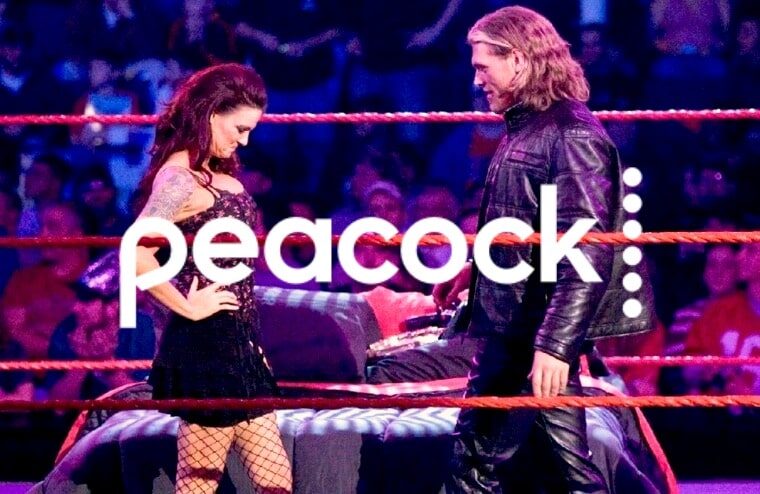 NBCUniversal now has the rights to the WWE Network in the United States and is currently moving the content to their Peacock streaming service. While fans were initially shocked at how long the process is taking, it appears the delay is because the content is being edited to meet 2021 standards. Previously we reported that WrestleMania VI had the match between Roddy Piper and Bad News Brown removed due to Piper painting himself half black, and Survivor Series 2005 has had Vince McMahon’s use of the N-word cut. Since then, Peacock has also edited a highlight package feating DX dressing up as the Nation of Domination.

One segment which many fans expect to hit the cutting room floor is where Edge and Lita were supposedly going to get it on in the ring. Of course, WWE didn’t go through with it, but it got very risqué with both performers in their underwear. Now an interview with the Sports Illustrated Media Podcast, Edge was asked about Peacock’s censorship of WWE’s content, and this segment was mentioned.

I don’t put a whole lot of thought into it to be honest. But I guess if you’re looking at it from in terms of, it’s a TV show, right, so you go “OK. Well, if you look at a movie, there’s sex scenes.” I was on Vikings, and Vikings is going to be on Peacock as of today, my character beheaded people and put their heads on spikes. Didn’t really, but I also didn’t really have sex in the wrestling ring. So I think that’s a confusing thing with wrestling. For some reason it gets put into a different category than another production. I’ve never fully grasped that, but I don’t think anybody ever fully grasps where do you put it? Edge

Edge is true with wrestling being put in a different category. It isn’t a legitimate competition, so not really a sport. However, at the same time, it isn’t deemed a television drama where controversial subjects are often embraced.

It will be fascinating over the coming months to see what further edits are made before content is made available to stream on Peacock. The Attitude Era alone, which featured Trish Stratus being forced to bark like a dog, choppy choppy your pee pee, and the Big Bossman being hung, will almost certainly end up heavily edited.