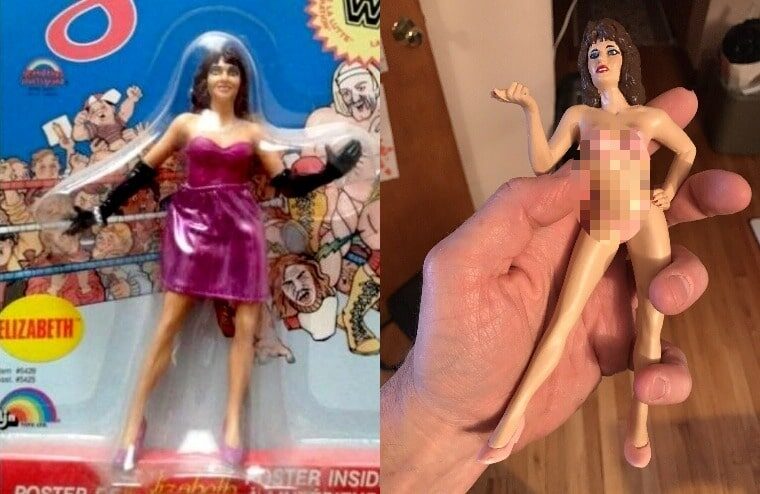 Matt Cardona previously revealed that he owned a rare variation of an LJN Miss Elizabeth figure during a YouTube video. Apparently, the sculptures made some versions that were quite graphic for their own amusement. Over the years, a few have become available to purchase, and now one of them has come up for sale on eBay with a $40,000 asking price. This seems an absurd price for something that isn’t even a genuine action figure as it is made of resin. However, Matt Cardona sold his for a reported $45,000 last year, so this one could be seen as a bargain. You can read the full description below.

Item was purchased directly from a former LJN employee who provided their own letter of authenticity upon request. Furthermore the item was sent off to AFA for a thorough cleaning, inspection as well proof of it’s legitimacy.

Because the item is heavier in nature and is a hard cast resin figure, it is CGA policy to actually NOT grade this figure as during shipment the item is likely to bang around and get scuffed up within the case and any supports to break loose. CGA had provided a customized case that has a sliding rear panel. This prototype can be removed and held easily within seconds of accessing case. This actually then provides the buyer a rare and unique privilege of owning this true piece of art, history and the beginning stages of one the earliest wrestling figures that started it all.

Figure will be shipped out of the case along with an original Certificate of Authenticity from CIB. eBay seller drewnikj

It certainly appears the toymakers at LJN had a lot of free time on their hands in the 80s, so it makes you wonder what other bizarre prototypes exist. Perhaps someday, an unkilted Roddy Piper or Hillbilly Jim without his overalls will hit the collectors market.