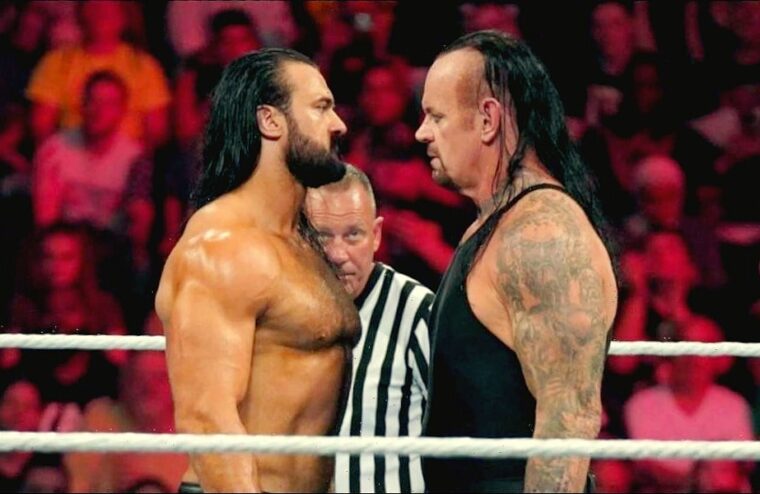 The Undertaker was recently a guest on The Joe Rogan Experience podcast and covered numerous topics, including WWE’s drug testing policy and his own prior steroid usage. He also gave his opinion on the current state of WWE and referred to the product as “soft” and “there’s too much pretty and not enough substance right now.” It’s understood this comment has upset several current talents, and the current WWE Champion Drew McIntyre has responded in an interview with Sportskeeda, saying he disagrees and that in the ring, WWE’s never been so physical.

I don’t agree whatsoever, especially from an in-ring perspective. I’ve listened to part of it, I’ve got to listen to the whole thing, it’s pretty new, but I think he may have been referring to like the kind of storylines and characters, etc. Like, the co-host that was on the show was like a fan from the Attitude Era, and I think they were perhaps referring to some of the outlandish storylines. Back in the day, there were more sexual-based, more like risque 18-plus. Our current product is PG, there’s only so far we can push it, and we’re willing to push it.

There’s certain things from back in the day that was awesome and certain things that were not awesome that I wouldn’t wanna go back to. So I’m not sure if it was more from like that perspective when it comes to the stories and not being as adult-based as it used to be, but I think, you know, we’re walking a good line right now. But when it comes to the in-ring game, that’s just not true at all. It’s never been more physical. Drew McIntyre

Today’s WWE product is vastly different from what it was during the Attitude Era, which the Undertaker was a massive part of. Nowadays, WWE could never get away with hanging or crucifying someone. However, they sometimes try and push the envelope, as seen recently with their “Eye for an Eye” match and The Fiend being set on fire. It’s also difficult to disagree with McIntyre on the level of physicality, but that isn’t always a good thing when you consider Finn Bálor and Kyle O’Reilly both needed hospital treatment following WWE NXT TakeOver 31.