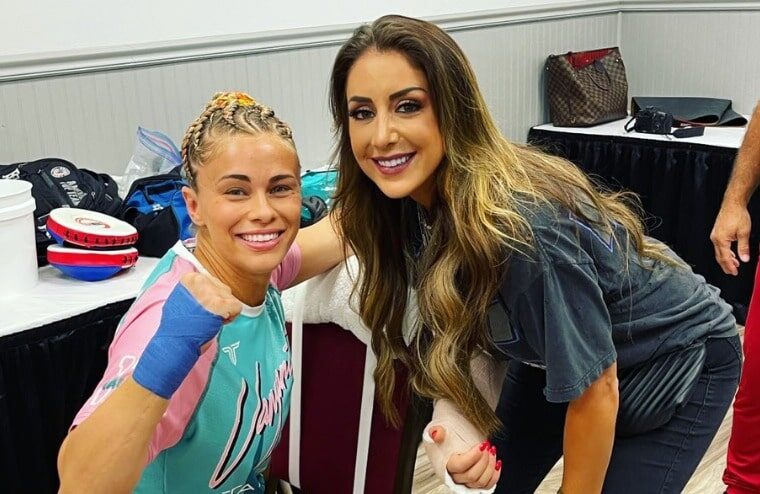 Dr. Britt Baker DMD beat Nyla Rosa to retain her AEW Women’s Championship on this past week’s episode of Dynamite. The match was a big success in the ratings doing almost 1.2 million viewers and 596,000 in the key 18-49 demo. However, it’s since been confirmed by Baker herself that things didn’t go perfectly to plan.

In a tweet she has shared showing her with Paige VanZant ahead of the MMA fighters Bare Knuckle Fighting Championship defeat, she can be seen wearing a cast and revealed she’d suffered a broken wrist in the match. From watching the match, it would appear the injury occurred during a death valley driver spot. Thankfully though, for AEW, she did also confirm she doesn’t intend to miss any time.

Baker was AEW’s first female signing, and while always a leading performer in the women’s division, her career skyrocketed following her Unsanctioned Lights Out match against Thunder Rosa in March. She wasn’t victorious, but the match set her apart similarly to Steve Austin’s defeat to Bret Hart at WrestleMania 13. Fans would get behind her character despite her being a heel, and she’d win the AEW Women’s World Championship at AEW Double or Nothing 2021 by defeating Hikaru Shida.