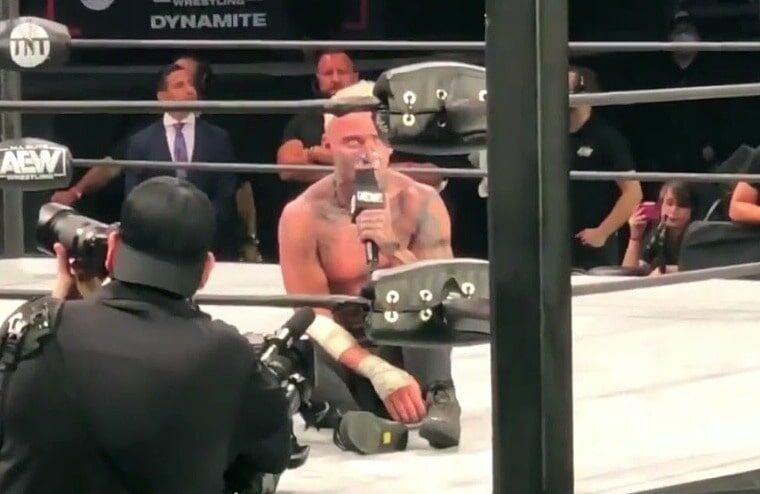 Darby Allin went into his TNT Championship defense with Miro with storyline injures and likely some real ones after being thrown stairs by Ethan Page and Scorpio Sky last week. Despite a valiant effort, Allin, who has been one of AEW’s breakout stars since debuting, would pass out to Miro’s Game Over finisher. This ended his championship run at 186 days, but he is the longest-reigning champion since the TNT Championship was introduced last year.

Dynamite went off the air with Allin still prone on the mat, but once the show was off the air, he would address the fans’ attendance. He told them he wasn’t interested in the AEW Championship and would be TNT Champion again. Thankfully for those not in Jacksonville, Twitter user @FLWrestlingFan would capture this passionate promo in the below video.

With AEW seemingly pulling the trigger on Miro’s big push, it could be some time before Allin gets the belt back. However, with Allin aligned with Sting, it would appear a tag team program against Sky, and Page is in his immediate future.