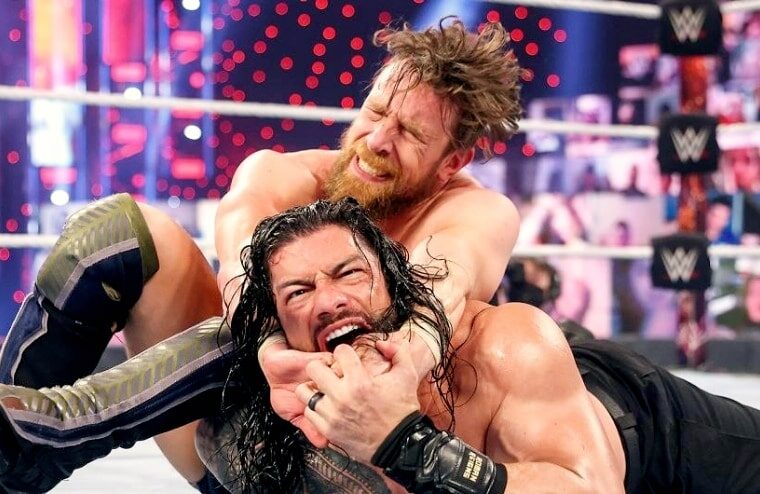 The April 30th episode of SmackDown was built around Universal Champion Roman Reigns putting his title on the line against Daniel Bryan in the show’s main event. If Bryan lost, which he did, he’d be banished from SmackDown. It was assumed that this was booked to move Bryan to either Raw or NXT and get heat on Reigns. However, it would later be confirmed his contract actually expired at midnight following the show.

The belief is WWE was so keen to have him re-sign that Nick Khan began negotiations with New Japan so he could be worth it for both companies. However, nothing materialized, and in recent weeks, it’s been reported WWE no longer discusses creative ideas or future merchandise for Bryan.

It’s been known for some time that Bryan has held talks with AEW, and according to a report from Bodyslam.net, he has actually signed for Tony Khan’s promotion. It’s speculated that AEW’s relationship with New Japan paid a massive factor in his decision. Plus, he will earning similar money as when he was with WWE but work fewer dates and have more creative input. As neither AEW nor Bryan has publicly commented on this story, it isn’t known when he will debut. But the various sources have stated the September 22nd episode of Dynamite, which is taking place at Arthur Ashe Stadium in Queens, New York, looks most likely.

Bryan’s WWE career has had extreme highs and lows. His title victory at WrestleMania 30 was considered one of the WWE’s all-time great moments. He did, though, have to retire from the ring due to concussion issues from 20015-2018. Thankfully, he made a triumphant return at WrestleMania 34 after multiple neurosurgeons, and Dr. Joseph Maroon, who is associated with WWE, cleared him to compete. Now it seems the next chapter of his career is going to be Elite.