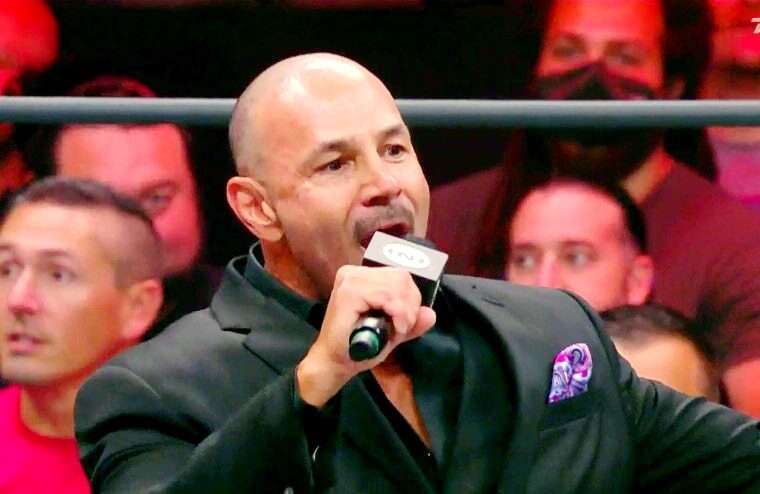 In addition to Nick Gage making his debut for AEW during the July 21st episode of Dynamite, so did former WCW and WWE wrestler Chavo Guerrero Jr. He would be introduced by Tony Schiavone and is now the Executive Consultant of Andrade El Idolo. Andrade had initially been aligned with Vicki Guerrero when making his debut on June 4th. However, seemingly, AEW management wasn’t a fan of the partnership and decided to bring the third-generation veteran in to be his mouthpiece.

Chavo, whose name was chanted by the fans, would say he’d heard AEW was the place to be, and he was blown away by the talent backstage. He’d then put over Andrade by saying that none, though, were as talented as him. This led to PAC, Penta El Zero Miedo, Rey Fenix, and Alex Abrahantes coming out, and PAC would address Andrade mentioning them last week. Andrade would ask why Penta and Fenix why they worked for PAC and requested they work for him. This was rejected, and multiple referees would keep everyone apart before it got physical.

While it is believed Chavo’s role in AEW will be mainly as a manager, it should be noted he does still wrestle on occasion. Earlier this year, he competed at GCW Josh Barnett’s Bloodsport 6 pay-per-view against Rocky Romero in April. Before that, he worked on both Talk ‘N Shop A Mania comedy shows in 2020.