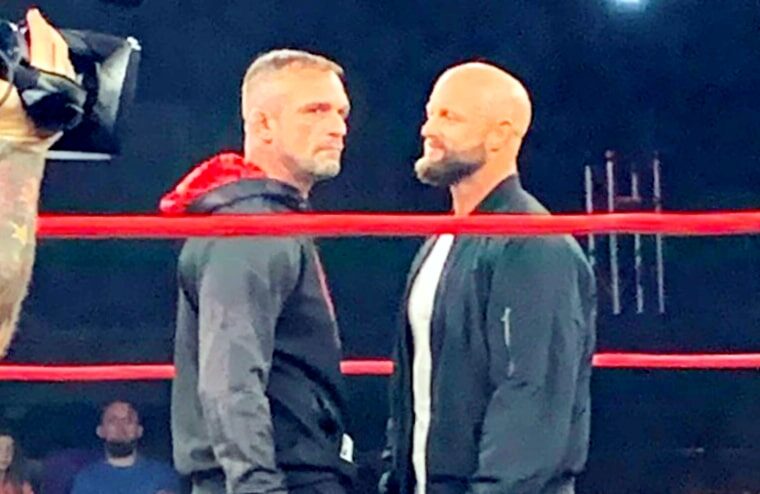 This past Sunday, Impact Wrestling held their latest television tapings following their latest pay-per-view. Among the news coming out of the tapings was the debut of former WWE star Charlie Haas. However, after Haas wrestled Josh Alexander, he would be involved in a post-match brawl that featured a group of ROH wrestlers invading the promotion and was left injured.

Precisely what occurred is unclear, but apparently, Rich Swann noticed Haas was hurt and ran to the back to get help, resulting in the 49-year-old being carried out of the ring on a stretcher. Later Tommy Dreamer would confirm to fans in attendance that Hass was legitimately hurt but didn’t provide more info. However, PWInsider.com has thankfully followed up and reported that Haas was seen back on his feet backstage.

Haas is best known to wrestling fans for his WWE run as part of The Worlds Greatest Tag Team with Shelton Benjamin. During that time, he would meet and marry Jackie Gayda, the co-winner of the second Tough Enough series, and the couple had four children. Sadly, though, he’d reveal in an interview with The Hannibal TV that he had gone through a rough patch due to getting divorced but was now running a Texas youth amateur wrestling program and working local independents.