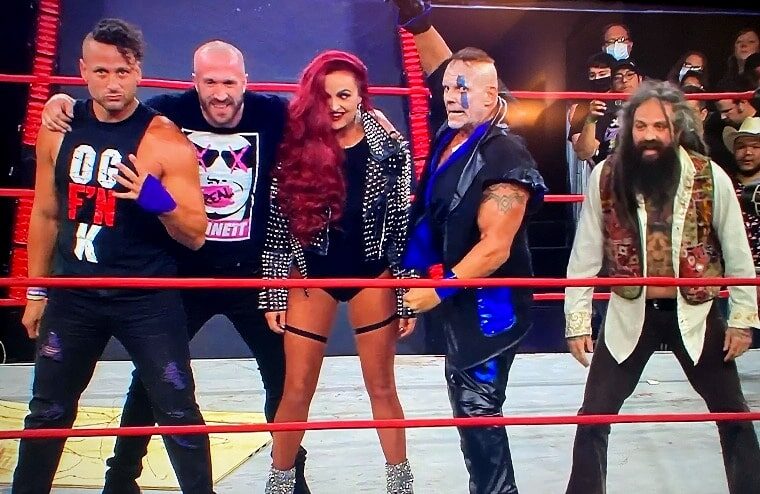 With ROH on hiatus and all their contracted wrestlers now free agents, many talents are looking for a new home. Now, following Hard To Kill, it appears four of them, plus Maria Kanellis, may have joined Impact Wrestling or are at least are working for them until ROH returns. The invading faction, which was portrayed as coming directly from ROH, contained PCO, Matt Taven, Mike Bennett, and Vincent, and after initially attacking Rhino and Heath Slater, would also layout Willie Mack along with Rich Swann, who had attempted to make the save. You can view a video of this play out below.

Given that ROH Champion Jonathan Gresham successfully defended his title over Chris Sabin on the show, it would certainly seem that there is a working relationship between the promotions ensuring ROH’s name remain in fans’ minds. Additionally, the ROH Women’s Champion, Rok-C, was ringside for the pay-per-view’s main event between Mickie James and Deonna Purrazzo.

A few years ago, the idea of wrestling promotions working so closely, sharing talents, and promoting each other would have seemed unfavorable. However, things have totally changed since AEW’s launch, and companies have realized it is possible to cross-promote for the benefit of everyone, which is seemingly what is happening in this instance.