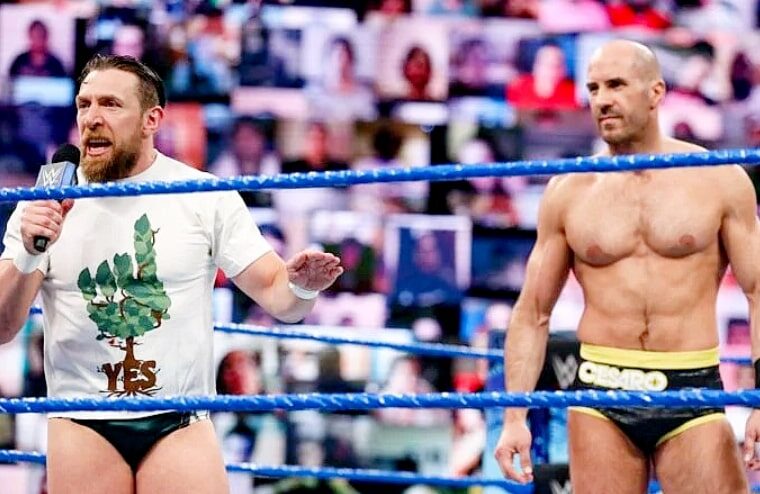 Two weeks ago, rumors circulated that Bryan Danielson was injured after it was revealed he’d missed a meet and greet due to being unable to travel. And while initially it was speculated to be concussion-related, which given his history was concerning, it would subsequently be reported he was banged up following Double or Nothing’s Anarchy in the Arena match. It had, though, been hoped he’d be able to wrestle at Forbidden Door and Blood & Guts, which take place on June 26th and June 29th. Yet, on Dynamite, he would sadly reveal he hasn’t been cleared to compete at either event. He would thankfully say that fans shouldn’t worry as he’ll be back and has found a replacement for both matches that will be amazing.

Subsequently, fans on social media would begin discussing who the mystery man would be, resulting in Cesaro trending. This was based on Danielson saying he trusted the person (he and Cesaro are former tag partners) and that the person would have a technical match with Zack Sabre Jr. and then go and kick Chris Jericho’s head in at Blood & Guts, which describes Cesaro’s style. Additionally, given the hype, Cesaro would meet expectations given he is one of the hottest free agents in wrestling after departing WWE in February following 11 years with the company.

Based on trademark filings and his updated social media handles, the former WWE star is assumed to be going under the name Claudio CSRO when he competes again. And Tony Khan has previously spoken highly of him, so many have anticipated him debuting for AEW before now, considering he had no non-compete. However, it’s understood he wanted to take a break from the ring and was purposely quoting indie promoters huge amounts to ensure this.