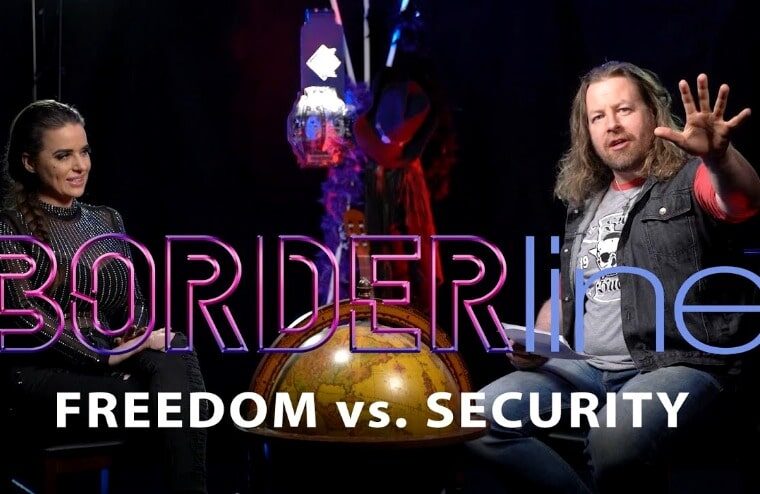 Borderline is a no-holds-barred, open discussion between a top pro wrestler and a popular female stripper, testing the age-old notion that wrestlers and strippers go well together! Featuring “The Rebel” StarBuck, the most acclaimed and accomplished pro wrestler out of Northern Europe since the turn of the century, and international showgirl Irina Tundra, Borderline features a bevy of relevant subjects that get dissected and analyzed from both the conservative and liberal points of view in an interactive setting.

In Episode 8 of Borderline European wrestling champion “The Rebel” StarBuck and Irina Tundra look at the very polarizing topic of Freedom vs. Security in our modern age, where technology, surveillance, and tightened government control are the norm. Take part in the interactive discussion in the YouTube comments at https://www.youtube.com/watch?v=CIel8lLm9QY .