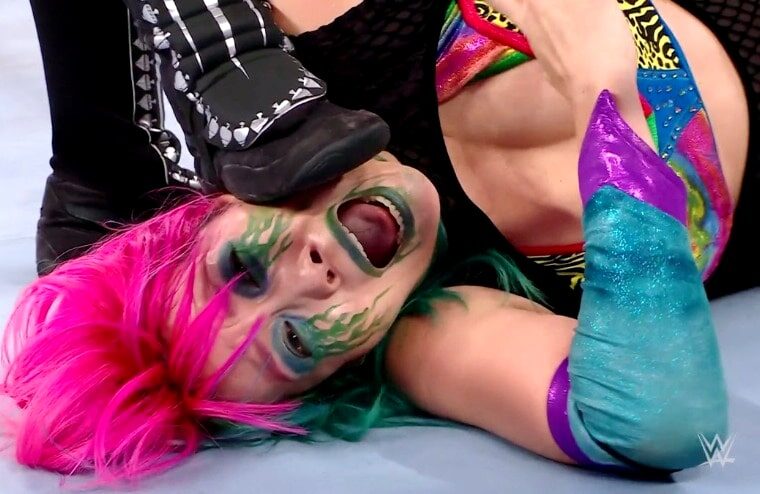 On last night’s episode of Raw, Women’s Tag Team Champions Nia Jax and Shayna Baszler defeated Asuka and Charlotte Flair. The match’s purpose seemed to be the start of setting up Charlotte vs. Asuka for WrestleMania 37. This was done by Charlotte mistakenly kicking Asuka, allowing Jax to leg drop and pin her. After the match, The Empress of Tomorrow didn’t want Charlotte’s help, and it seems now a matter of time until they split.

During the hard-hitting match, Asuka received a stiff boot to the face from Baszler when she broke up an armbar on Jax. Asuka appeared to sell it exceptionally well, but you can see she actually lost a tooth upon a second viewing.

WWE acknowledged the lost tooth during Raw Talk but has yet to provide any further update on Asuka’s condition. Hopefully, she will be OK after a trip to the dentist and did not suffer any additional facial injuries.