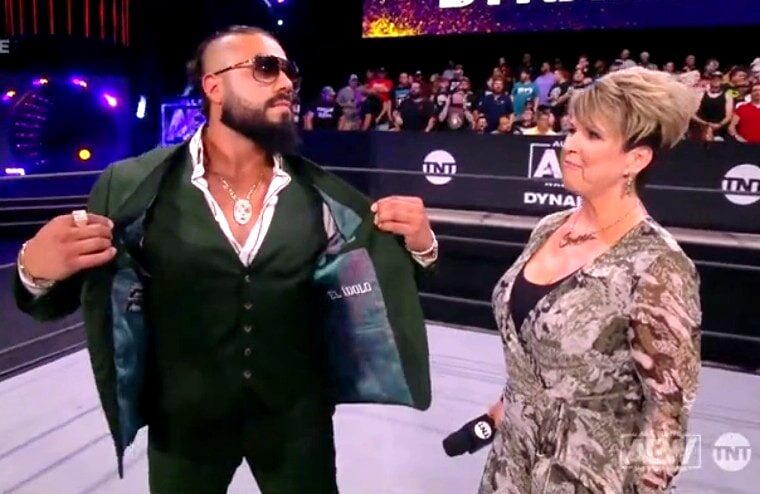 Due to not being used, Andrade requested his WWE release at the start of March. It was initially rejected, however, he was eventually granted his on March 21. Surprisingly, he was allowed to leave without a non-compete clause, with it speculated this was likely due to his relationship with Charlotte Flair, but he was a free agent regardless of the details. Since then, he has been taking future bookings and appeared in a pre-recorded video at AAA’s Rey de Reyes event on May 1 to set up a match with Kenny Omega for his AAA Mega Championship at Triplemania XXIX.

Now, the former NXT Champion has debuted for All Elite Wrestling during Friday night’s Dynamite episode. Vickie Guerrero seemingly manages him as she would interrupt Tony Schiavone and Mark Henry, who were in the ring, and introduced Andrade under the name Andrade El Idolo. You can watch this for yourself below.

Andrade would go on to cut a short promo saying he used to be the face of Latinos, but now he will be the face of All Elite Wrestling. Subsequently, AEW would announce on social media he had officially signed with the promotion. As of writing, it isn’t known what AEW’s plans are for him. Still, considering how he was put over on commentary as a big deal, it looks likely he’ll be positioned near the top of the card.