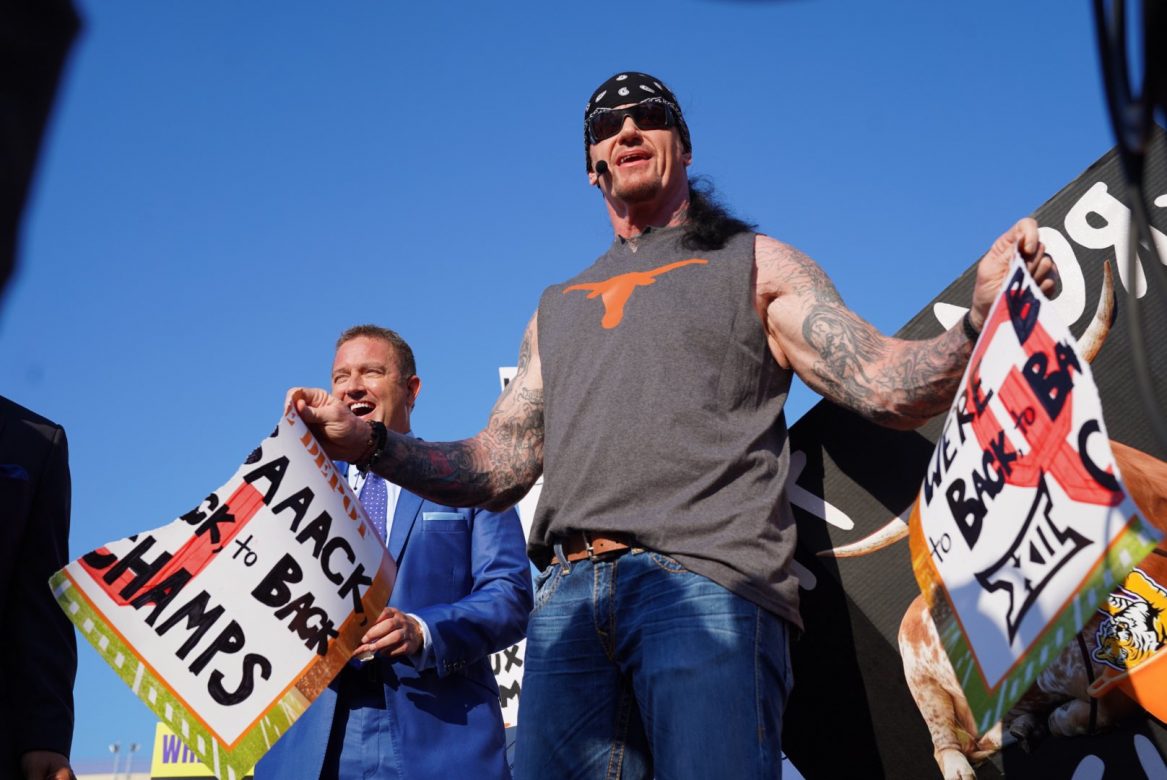 The Undertaker lives near Austin, Texas, and as College GameDay was airing from there, they booked him for the show. He received a grand entrance with fog and pyro, and it’s worth watching below.

Undertaker represented his beloved Texas Longhorns in their shirt and was in American Badass look.

Unfortunately for Undertaker, his Longhorns ended up losing 45-38 to the LSU Tigers.

Most of the interview on the day was about football and some MMA, but interestingly enough when Ric Flair’s name came up, Undertaker said: “he’s the man.” That remark probably didn’t go down with WWE’s legal team, given that Flair is threating to sue WWE over their use of “The Man” nickname on Becky Lynch.

That’s what I call an endorsement!!!

Undertaker tells ESPN that Ric Flair is the MAN! pic.twitter.com/YU7V0g07Gz