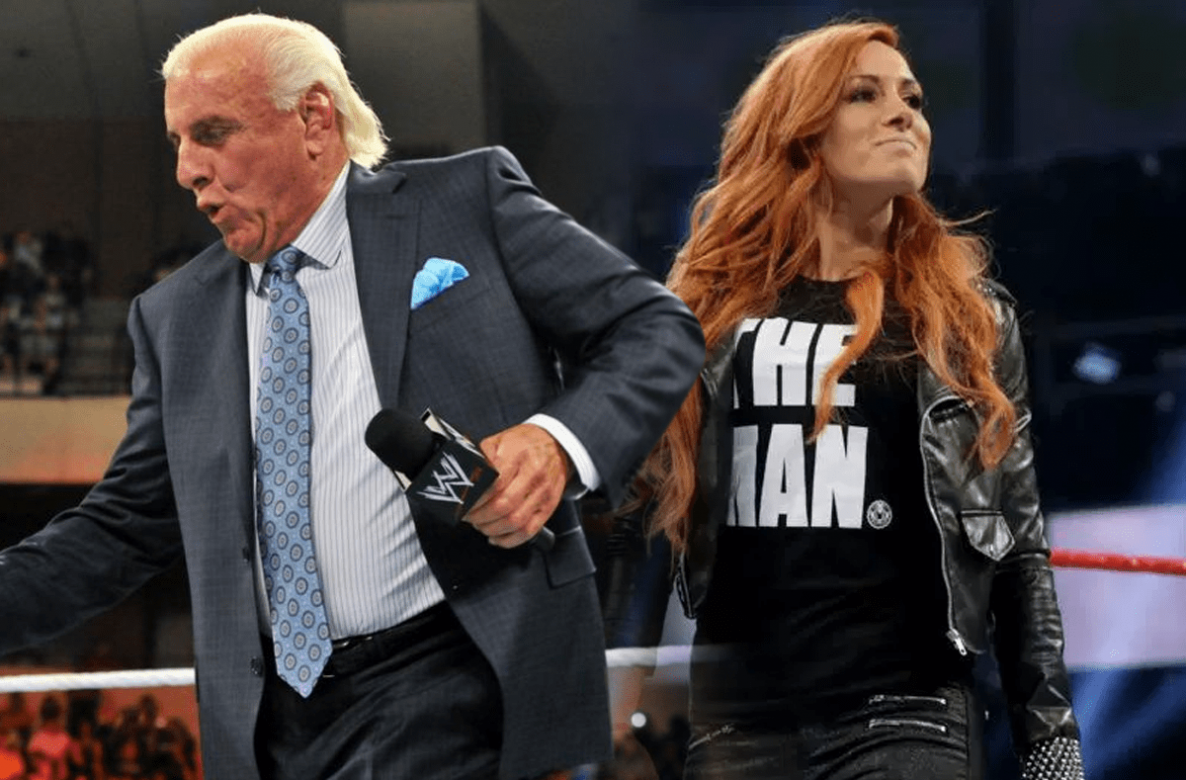 Ric Flair is no stranger to lawsuits having been sued many times over the years. Those suing him include WCW, Highspots, Ring of Honor, and his ex-agent. Well, now it could be his turn to take legal action, this time against WWE.

His issue is with WWE and Becky Lynch’s use of “The Man.” Lynch began calling herself “The Man” during her feud with his daughter, Charlotte Flair last year. It got over with the fans and became a big merchandise seller.

It seems though to be the man you gotta pay the man, as far as Ric Flair is concerned, and on August 26th he filed for a trademark on “The Man.”

TMZ caught up with Flair and asked him about this. He told them he initially had no issue with Lynch using “The Man” as he assumed he’d be compensated by WWE but was not the case. He said his argument is not with Becky Lynch, but with WWE. He says his daughter Charlotte is mad at him over making this an issue.

His reason for considering the lawsuit is to take care of his wife Wendy, and their families when he is gone. He said:

“When I almost died two years ago, one person stayed by me [Wendy]. The whole time — 31 days in the ICU, 12 days while I was dying on a respirator — and I’m gonna take care of her, and her family, and my family that has taken care of me no matter what.”

Ric Flair stated if he gets the trademark, he will allow Becky Lynch to continue using the name as long as WWE compensates him for it. At present, though they are not cooperative and they blew off his lawyer in early 2019. He has even contacted his good friend Triple H about it but to no avail. It seems WWE does not think he has a case.

You can watch the full interview with TMZ below.