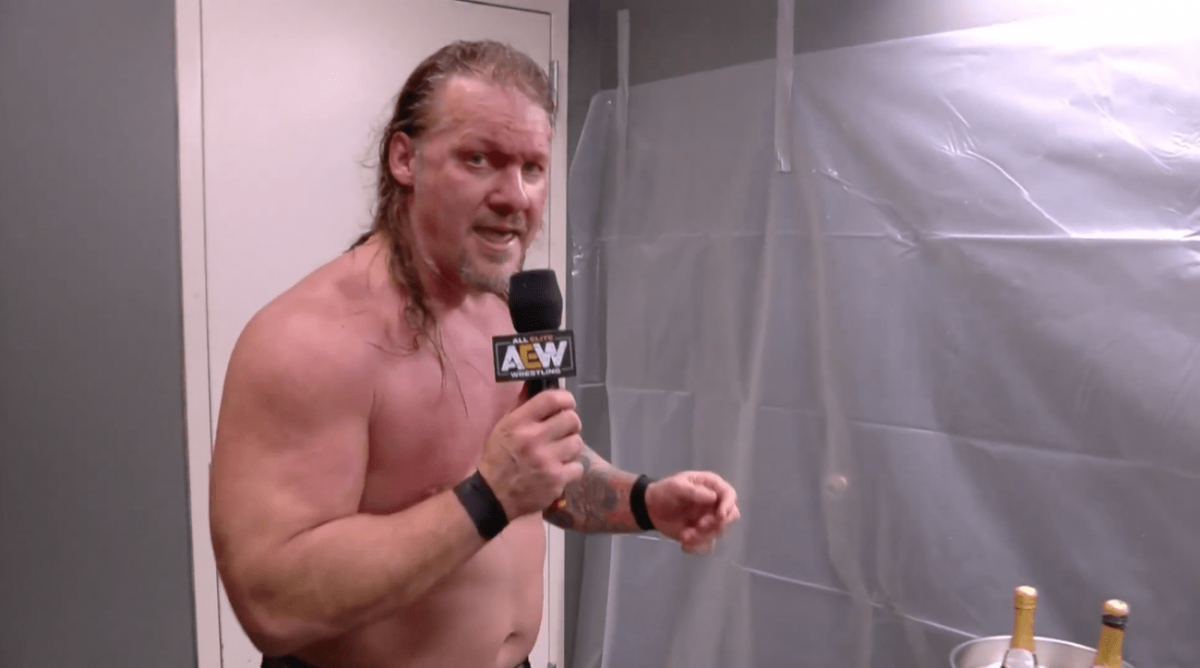 Chris Jericho couldn’t have known following his improvised backstage promo following All Out that an off the cuff comment was about to sweep the internet, but it did!

Jericho was having to celebrate becoming the first AEW champion by himself as nobody in the locker room was happy with him winning. He scolded staff and wrestlers and when he neared the catering area and saw champagne said: “Ooh, a little bit of the bubbly!” You can watch the full segment here.

The following day Twitter user @orinanne tweeted the clip, and it quickly became receiving views and retweets. Twitter user @JackLayzell then mashed it up with a video of Mambo No. 5, which Jericho himself retweeted. At this point, a viral phenomenon had begun, and fans began making their own memes. At one point the hashtag #alittlebitofthebubbly was trending around the world.

We are now one week removed from the promo and memes are still being created. Keeping up with all the latest ones has been almost impossible, so we here at WIJ have scoured the internet and put together a 21-minute video of the best memes we could find. If we’ve missed any, please tweet them to us @WebIsJericho and we will share them.

So order a t-shirt, grab a bottle of bubbly, and enjoy!