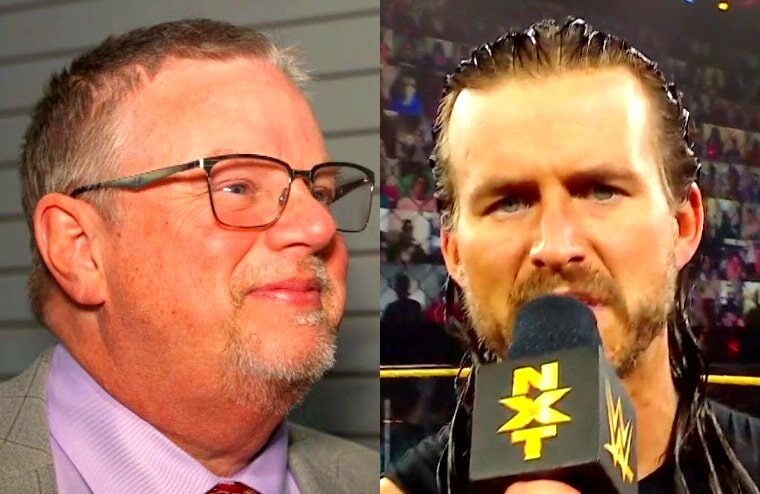 Before departing WWE, Adam Cole had a meeting with Vince McMahon prior to an episode of SmackDown. It was believed to have gone well, and McMahon tasked creative with coming up with ideas for bringing him to the main roster. While all these proposals aren’t known, Dave Meltzer has reported on Wrestling Observer Radio the concept WWE wanted to use was to make Adam Cole a manager on their SmackDown brand.

He would have been the mouthpiece for a heel Keith Lee, similarly to how  Bobby Lashley worked with Lio Rush previously, with the dynamic being Cole would talk trash and hide behind Lee. Meltzer would add that the former NXT Champion would have likely undergone a name change due to Michael Cole being on SmackDown.

Cole became a free agent on Friday, August 27th, after failing to agree on a new contract with WWE. Meltzer would speculate that Cole wasn’t even aware of this pitch which it’s doubtful would have impressed him. The actual belief is the sticking point with Cole staying with WWE was wanting to keep his Twitch channel, which went against WWE’s policy of allowing main roster talents to have third-party deals. By not allowing that, WWE essentially handed Cole over to AEW, where he is now part of The Elite, having debuted at All Out.