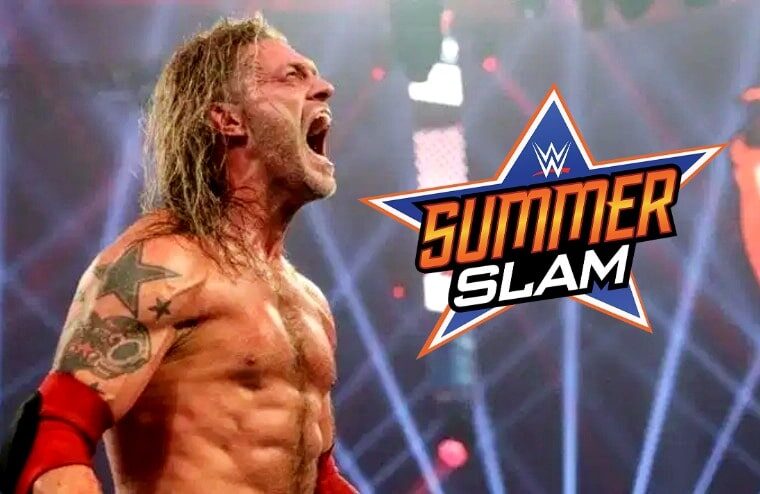 Edge hasn’t wrestled for WWE since his match at WrestleMania against Roman Reigns and Daniel Bryan for the Universal Championship. His absence was foreseen as he is a part-timer and only has a limited number of dates on his contract. Now though, he is being featured on local advertising material for SmackDown on July 16th and again on September 3rd. This seemingly indicates he’ll be involved in SummerSlam, which is taking place on Saturday, August 21st, 2021.

The big question now is who will face at WWE’s second-biggest event of the year, and with the belief, WWE intends for him to be a babyface, it did limit his possible opponents. Though Twitter account @WrestleVotes, who many believe is run by WWE insider, may have revealed the current idea is for him to wrestle against Seth Rollins.

Along w/ Roman Reigns vs John Cena for SummerSlam, WWE is planning on stacking the SmackDown side with another major matchup. Source says idea as of now is for a Seth Rollins vs Edge first time ever match.

This would make sense from a storyline perspective as Rollins previously threatened to break Edge’s surgically repaired neck on Raw back in 2014 if John Cena didn’t reinstate The Authority. Initially, when it was revealed Edge would be coming out of retirement, many speculated that Rollins could be Edge’s first singles opponent based on this. However, the company opted to program him with Randy Orton instead.