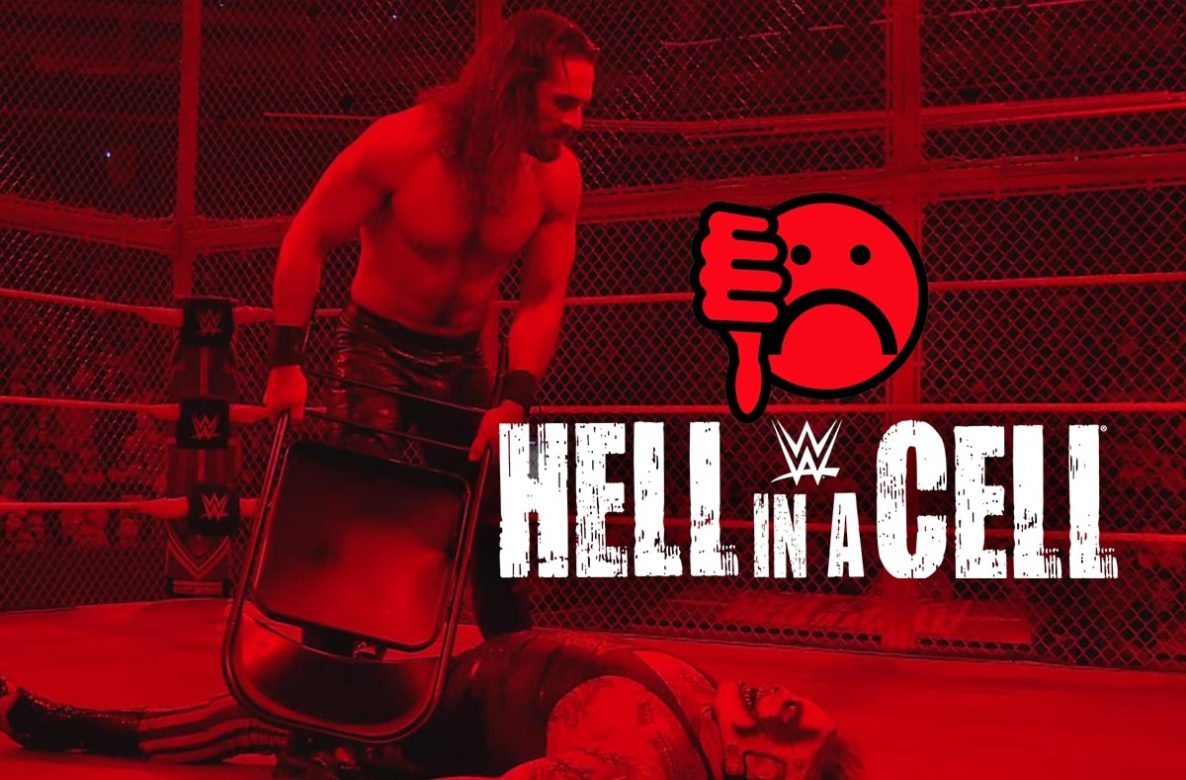 Back when the FireFly Funhouse vignettes started on April 22, nobody would have predicted that Bray Wyatt would be one of, if not the hottest wrestler in the world. But thanks to WWE and Vince McMahon’s booking, that may now be over.

Bray Wyatt’s “The Fiend” character, was competing in only his second match, and the fans were there to see him figuratively slaughter Universal Champion, Seth Rollins. Foolishly, but typical of WWE, they had booked themselves into a corner presenting the match as a Hell In A Cell attraction, meaning the only way to win was by pinfall or submission.

WWE totally shit the bed and never came close to matching fan’s expectations having a disqualification finish in a match where that should be impossible. Attempting to protect both men but actually harming both in the process.

X-Pac on WWE’s watch along show said what everyone was thinking.

X-PAC sharing his thoughts on the #HIAC finish pic.twitter.com/H9kW9xCHkW

During the match, Rollins hit The Fiend with more curb stomps than I could count but couldn’t put him away. He even used the Pedigree, which has always been one of the most devasting moves in all of WWE. Rollins would go on to put a ladder and chair on The Fiend’s head and hit them repeatedly with a toolbox. He then hit The Fiend with a sledgehammer despite the referee warning him not to. The match ended there.

Then as The Fiend was about to be stretched out, he miraculously recovered and attacked Rollins in a post-match angle ending with the Mandible Claw and Rollins coughing up very obviously fake blood.

From what has been reported, Vince McMahon was behind the booking of the match and post-match angle and loved it. Laughing while his paying customers booed, chanted “refund,” “bullshit,” “AEW,” and “restart the match.”

It should also be noted the match was wrestled under dark red lighting, making it difficult to see precisely what was going on, especially for those in attendance.

Below are some of the best videos and reactions posted on Twitter.

Live Footage from the arena after #HIAC.

PPV ended, lights came on and people are still here booing. @WWE should be ashamed of themselves. #HIAC #HellInACell pic.twitter.com/BtlC9nZemL

that 3rd sentence is a doozy pic.twitter.com/mvbcYwubsc

"Hunter, are they booing Seth?"
"Uh no, Vince, they're saying boo-urn it down!" #HIAC pic.twitter.com/yGOjmIUF19

Entertaining wrestling fans shouldn’t be as hard as Vince McMahon makes it at times. All he needs to do is give fans what they want and count the money.

When does the XFL start?