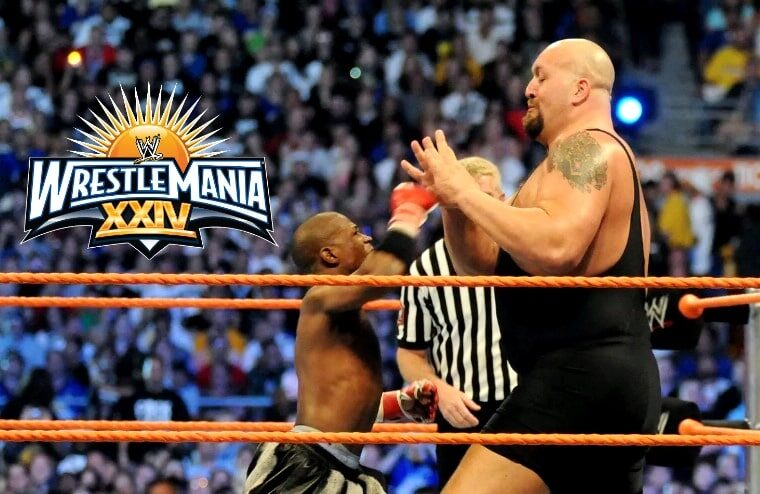 Fans have reported that WrestleMania 24 is no longer available to view on the WWE Network. The pay-per-view is one of the companies most memorable Mania’s, having featured Ric Flair vs. Shawn Michaels in what was supposed to be Ric Flair’s final match. Also on the card as a special attraction was Floyd Mayweather vs. The Big Show, and this match previously caused issues with the DVD release due to Mayweather’s entrance music. This was because the music producer Anthony Lawrence Dash claimed Mayweather’s entrance music featured his song beat without permission. However, back in 2013, a judge ruled in Mayweather’s favor due to Dash being unable to prove Mayweather made any money by using the song.

HeelByNatureYT reached out to the WWE Network and asked for clarification on why WrestleMania 24 was removed, and was told that they didn’t know but confirmed the show would be coming back. Fans interested in why will have to watch the event when it is re-added and try to spot any potential edits, with Mayweather’s entrance probably a good starting point.