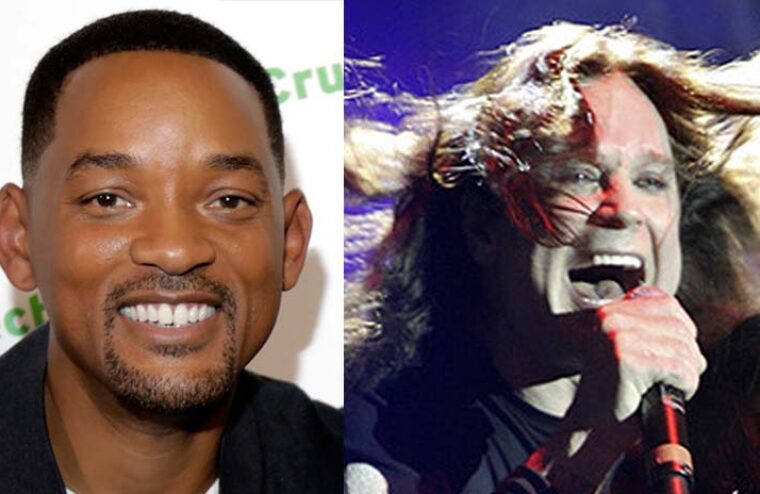 Will Smith made headlines earlier this year after slapping comedian Chris Rock in the face at the Oscars. Rock made a “G.I. Jane” joke referring to Smith’s wife, Jada Pinkett Smith, and her lack of hair. Later in the show, Smith accepted the award for Best Actor, but was later banned from the Oscars for 10 years.

Smith isn’t exactly the first person that comes to mind for metalhead when it comes to legendary touring metal festival Ozzfest, but Smith’s wife played the festival with her band, Wicked Wisdom, in 2005. In his memoir, “Will,” which came out last year, he talks about how Pinkett Smith’s band got booked for the festival and how he initially tried to talk her out of playing the festival. “Ozzfest … featured all the metals,” he wrote. “Thrash, industrial, hardcore punk, deathcore, metalcore, post-hardcore, alternative, death, gothic and nu. Sharon [Osbourne, Ozzfest organiser] had seen Jada’s band and some part of her understood.  She and Jada became friends, and Sharon put Wicked Wisdom on Ozzfest in summer 2005.”

Smith said he was worried about Pinkett Smith fitting in on the tour. “Ozzfest is the least African American event outside of that broom-and-big-ass-hockey puck thing they do at the Olympics,” joked Smith, referring to curling. “‘Babe, are you sure you don’t wanna do some R and B?’ I asked softly, but I meant it hard. ‘[Metal] is the music I feel,’ Jada responded softly, but she meant it hard. So we packed up our children and headed down the black brick road to the land of Ozz.”

Wicked Wisdom was well received at Ozzfest and later were asked to tour with Guns N’ Roses. “Ozzfest is a purist audience,” Smith notes, “and what began as skepticism and dismissal, with every show was transformed first into silence, and ultimately into respect…Jada’s appearance at Ozzfest was so successful that Guns N’ Roses asked her to open for them on their upcoming tour.” Smith attended many of the shows and even appeared on stage with Boston metalcore band Bury Your Dead at a date in Virginia.