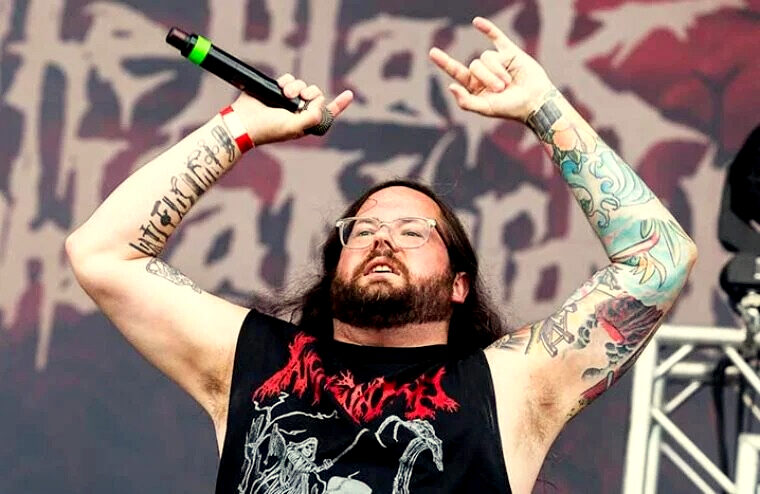 Trevor Strnad, the singer of melodic death metal band The Black Dahlia Murder, has died. The band has released an official statement hinting that the probable cause of death is suicide. Strnad was 41 years old. “It is with deep sadness that we announce the passing of Trevor Scott Strnad,” the band wrote on Instagram. “Beloved son, brother, and Shepard of good times, he was loved by all that met him. A walking encyclopedia of all things music. He was a hugger, a writer, and truly one of the world’s greatest entertainers. His lyrics provided the world with stories and spells and horror and whimsy. It was his life to be your show.” The post also included the number for the National Suicide Prevention Lifeline.

The Black Dahlia Murder formed in Waterford, Michigan in 2001. Their name is derived from the 1947 unsolved murder of Elizabeth Short, often referred to as Black Dahlia. Their last seven albums had charted on the U.S. Billboard 200, and they are considered  one of the most popular contemporary American extreme metal bands.

Strnad had recently made news when he announced he had appeared in a video on his girlfriend Violet Knox’s OnlyFans page, a hub for independent content creators who charge subscription rates for access, most commonly used in sex work. “Fellow pervs: I may or may not be featured in a new couples video dropping on my girlfriend @cakefarts666’s OF [OnlyFans] tonight,” he tweeted. “Subscribe and like her newest post to be sent the DM you’ve been waiting for all your life.”

The Black Dahlia Murder toured last year in support of their critically acclaimed “Verminous” album, released in April of 2020. The band was also about to embark on a package tour with Parkway Drive, Hatebreed and Stick To Your Guns. Shortly before the release of “Verminous,” Strnad said: “I think this is the biggest evolutionary leap we’ve ever taken from one album to the next. We stoked the creative fires with 2017’s ‘Nightbringers’ and it’s gone much further now in ‘Verminous’. It’s a very colorful, moody, and charismatic album that experiments with new sounds and ideas without losing the cutthroat Black Dahlia edge. There is a lot of minutiae to digest. Plenty of delicious little Easter eggs woven into the fabric of each song. Each one is a living, breathing entity that will stand on its own as some of the best music this band has ever created.”

Loudersound.com’s Elliot Leaver said of “Verminous”: “If festival slots were based on the consistency of releases, The Black Dahlia Murder would have headlined Download moons ago. Verminous doesn’t just uphold their quality control; it represents a band who are still evolving, possibly yet to reach their creative zenith. If that’s the case, whatever comes next has the potential to be nothing short of completely mindblowing. Until then, this is still absolutely excellent.” Recently, Danish death metal band Baest recruited Strnad to guest on a new single, “Gargoyles.”