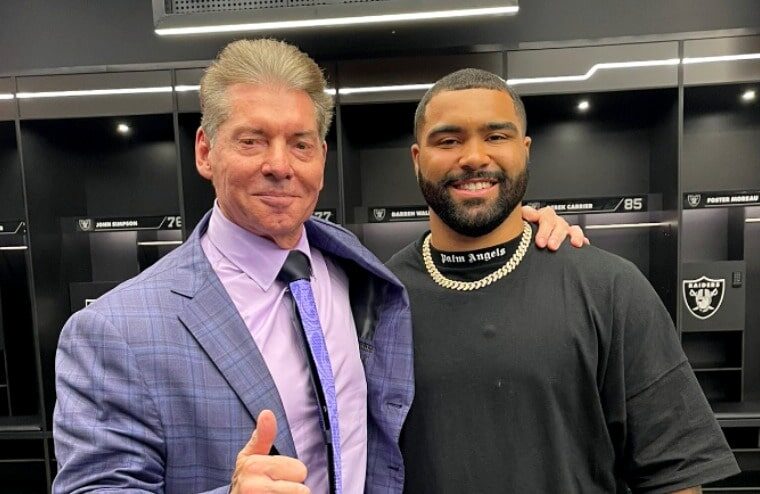 Three weeks ago, it was reported by Dave Meltzer on the Sunday Night’s Main Event podcast that despite WWE’s plan to fast-track him, the company didn’t feel Gable Steveson was ready for the main roster. This was a huge surprise as he’d already appeared at WrestleMania 38, where he gave a belly-to-belly suplex to Chad Gable and celebrated with RK-Bro and Street Profits.

Now though, ESPN has confirmed that this update wasn’t totally accurate as his absence is actually down to him suffering from the same heart condition MVP previously had, called Wolff-Parkinson-White Syndrome, which causes a rapid heartbeat. Thankfully though, Steveson has undergone a procedure to correct this and is now back in training with Fit Finlay at the Performance Center. Before this, he has been training with Ken Kennedy in Minnesota.

Huge things were planned for Steveson, and technically, he has already been drafted to Raw, showing WWE fully intended to make him a recurring performer. Perhaps though this unfortunate setback will ultimately work in his favor, as expectations are incredibly high for him to become a main eventer instantly like Kurt Angle and Brock Lesnar did. And the extra time training now can ensure he is totally ready and doesn’t end up like Sylvester Terkay, a hyped-up amateur wrestler who ultimately flopped on the big stage.