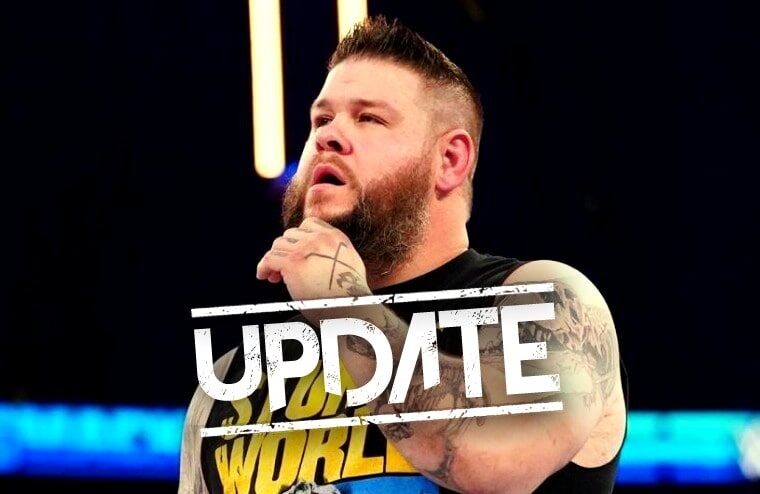 Kevin Owens began teasing leaving WWE earlier this week. Initially, he tweeted and then deleted the coordinates for Mount Rushmore. This is relevant because, in 2013, he was part of a PWG faction called “The Mount Rushmore of Wrestling,” along with the Young Bucks and Adam Cole. He then would update his Twitter to read “Almost there,” while the Young Bucks had theirs set as “There.” Obviously, this doesn’t mean he is definitely headed to AEW. Still, with his contract expiring in January as initially reported by Fightful Select, it is a realistic possibility.

Now adding more specific detail, Dave Meltzer on Wrestling Observer Radio has reported that Owens’ deal expires on January 31st, 2022. This means, as of writing, he is signed with WWE for just 144 more days if he doesn’t re-sign. It’s hard to imagine WWE won’t offer him a new deal, considering how heavily featured he has been since debuting on the main roster and losing another talent to AEW will only add to the perception that AEW is the pace to be. Therefore Owens appears to be in a great position to negotiate a great deal regardless of where he ends up.

Owens spent over a decade on the indies before signing with WWE in 2014. He’d join the Raw roster in 2015 and work a program with John Cena, defeating him at WWE’s Elimination Chamber pay-per-view. However, arguably his most memorable feud in WWE so far came when he was aligned and then feuded with Chris Jericho, which featured the Festival of Friendship segment. Currently, he is working with Happy Corbin on SmackDown, and a match with controversial YouTuber Logan Paul is currently being teased.