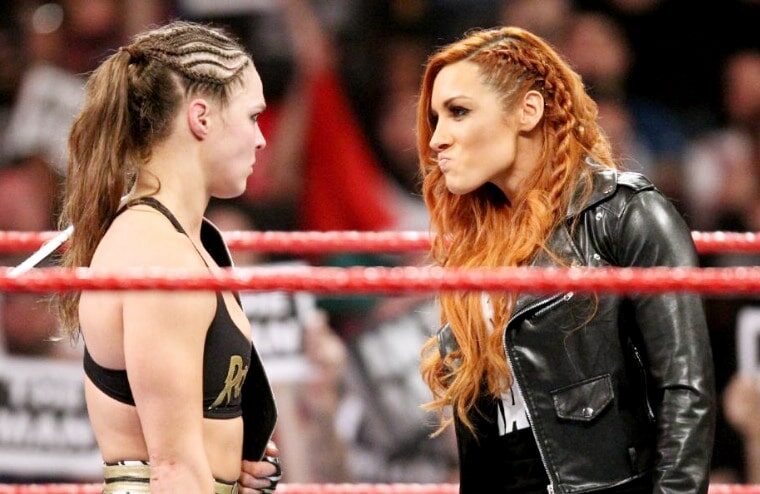 WWE President & Chief Revenue Officer Nick Khan was recently a guest on The Colin Cowherd Podcast. He was on promoting WrestleMania 37 and discussed numerous topics about his past as a sports agent and his current WWE role. During the conversation, he would confirm that Becky Lynch would be resuming her wrestling career in “the not too distant future” and that Ronda Rousey is set to return at a “certain period of time.”

Lynch has been gone from WWE television since announcing her pregnancy publicly on Raw back in May 2020. In a heartfelt segment, she would relinquish the Raw Women’s Championship she had held for 398 days to Asuka, who had won the previous night’s Women’s Money in the Bank ladder match. On December 4, 2020, she gave birth to her and Seth Rollins’ baby daughter, who they named Roux.

Former UFC star Rousey last competed for WWE in April 2019 at WrestleMania 35, afterward stating she was stepping away from wrestling to start a family. However, she would later say on the podcast of Jackass star Steve-O that she was unhappy with how many shows she had to attend. She’d also state she’d never wrestle a full-time schedule again and called WWE fans ungrateful. Her initial WWE contract was set to expire this month, so it appears a new deal has been agreed.