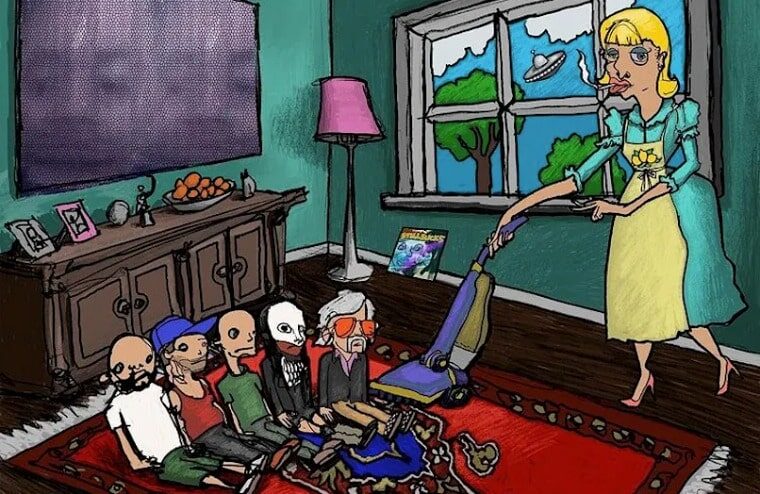 Limp Bizkit’s previous studio album Gold Cobra came out in 2011. However, it failed to achieve anything close to the success of their four previous albums, despite favorable reviews. Since then, fans have eagerly awaited their next album, which was rumored to be titled Stampede of the Disco Elephants. Now though, with only a couple of days of promotion via their social media, they have dropped the amusingly titled Still Sucks, indicating they are well aware of their reputation.

With critics having had the opposite to listen to the 32 minutes, 12 song album, reviews have begun being posted online, and overall they are mixed but closer to positive than negative. The general feeling seems to be that if you enjoyed past Limp Bizkit albums, you’d also enjoy this; however, if not, this won’t convert you into a fan.

Haters gonna hate, but really, this knowingly middle-aged iteration of Limp Bizkit is far more likeable and less obnoxious than their younger self. But even so, they’ve lost none of their Big Durst Energy, and the knowing winks have only become bigger and knowing-er.

As far as comebacks go, Still Sucks showed signs of what Limp Bizkit do so well in the heavier side of music, but for me, they fell flat with some of the melodic aspects that they’ve managed to pull off so well in the past (e.g. with 2003’s Results May Vary). Stick to the heavier hits (much like their back catalogue) and you’ll be fine though.

Paul Brown of Wall of Sound

Durst in particular seems to have grown more comfortable and confident of who he was and who he has become, repeatedly easing his guard and just living the moment. And even with its frequent nods to the past, much of “Still Sucks” at least seems forward-thinking in design. Whether or not this direction is what the band’s longtime fans wanted from a Limp Bizkit album in 2021 remains to be seen. That a group of men collectively straddling the waning years of their 40s and the early days of their 50s aren’t out to provoke controversy or relentlessly melt faces is understandable.

Still Sucks’ doesn’t feel laboured or overthought and never overstays its welcome. Limp Bizkit aren’t out to rewrite their history or reach a new generation. They don’t care if you still think they suck – they still know how to have a good time, and won’t stop rollin’.

Overall, Still Sucks transfers over the energy and fun from its predecessor, but at just over thirty minutes in length, they were left with very little room for errors, and unfortunately here, there are some pretty glaring ones. The album just doesn’t have the time needed to justify all of those slower tracks – despite them being okay songs – and the arbitrary artistic choices tend to procrastinate and delay what works so frigging well here.

Four months ago, Wes Borland, the guitarist and backing vocalist of the band, revealed Limp Bizkit had been in the studio several times over the past decade and had around 35 songs recorded instrumentally. Despite this, the album wasn’t forthcoming as lead singer Fred Durst wasn’t happy with his vocals. Clearly, though, that concern was resolved as Durst sounds exactly as he did two decades ago on the album.

Sadly there aren’t any tracks likely to rival Rollin’, My Way, Nookie, or Break Stuff. Still, it’s definitely worth your time checking out if you enjoyed nu-metal back in the day, with Out Of Style and Dirty Rotten Bizkit being my personal favorites. Either of which would make a perfectly acceptable NXT Takeover theme in the future if given a radio edit.