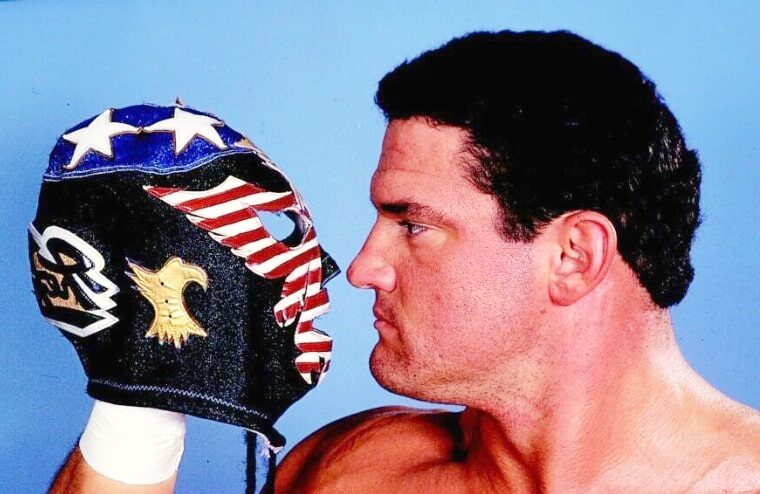 The Post and Courier have sadly reported that Del Wilkes, know best to wrestling fans as “The Patriot,” has passed away. The former WWE and WCW wrestler’s cause of death was reportedly a massive heart attack aged just 59.

Wilkes had a relatively short wrestling career, having been a college football player that failed to make it to the NFL. He initially wrestled for the AWA under his real name and then ring name “The Trooper.” He’d go on to compete in Global, All Japan, and WCW, where he twice held the WCW World Tag Team Championship with Marcus Bagwell.

He’d surprisingly sign with WWE in 1997 despite his masked All-American gimmick not fitting into the company’s new and edgier product. He was immediately programmed with Canadian babyface/American heel Bret Hart who needed a fresh opponent and would wrestle him on house shows and two In Your House pay-per-views.

Wilkes retired from the wrestling business in 1998 due to suffering a torn triceps before the Survivor Series in 1997. His final match was against Jim Neidhart on Shotgun Saturday Night. Since then, he revealed he had used drugs throughout his career and had developed a pain killer addiction. Eventually, this resulted in him serving nine months in prison in 2002 for forging prescriptions. After that, he was able to get clean, and for the past 14 years, he had been working as a car salesman.