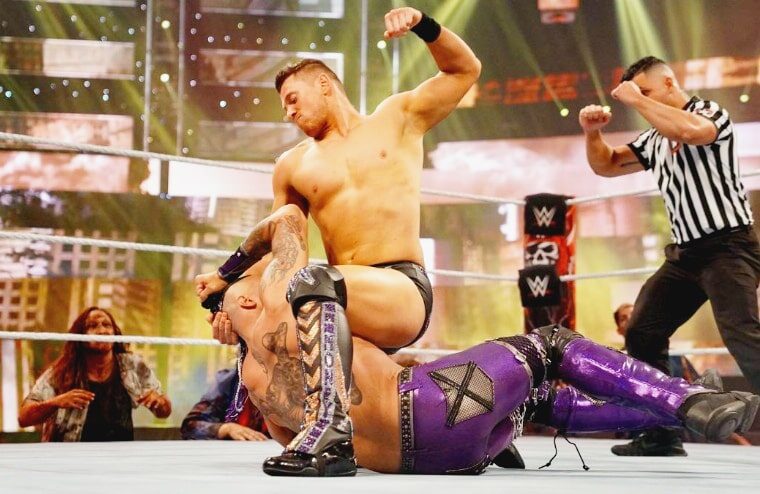 At last month’s WrestleMania Backlash pay-per-view, The Miz faced Damian Priest with zombies acting as lumberjacks around the ring. This was due to WWE being paid $1 million to promote Batista’s Army of the Dead movie. However, it was so ridiculed that Batista had to take to social media to try and distance himself from the debacle by saying he wasn’t involved in booking it.

The following night The Miz would be absent from Raw, and WWE explained this was because he’d been eaten by zombies. However, the real reason was The Miz was legitimately injured during the ill-conceived match when Priest landed on his leg. With it reported by multiple sources, he had suffered a torn ACL, it wasn’t known whether it was a complete tear that would keep him out for between 6 and 9 months. Now in an interview, The Miz has seemingly revealed the injury isn’t as severe as some feared, and that is why he can host Miz TV. Although, he isn’t sure when he’ll be able to wrestle a match again.

I don’t expect to be out nine months. As a matter of fact, I was on Monday Night Raw last week, and I plan on being on Monday Night Raw next week. Now, when will I have a real match? I don’t know. That’s for the doctors to decide and figure out. But I feel like a million bucks, and the way my headspace is, I don’t like to be gone for long.

During the interview, The Miz would also give his verdict on the heavily criticized match. Unsurprisingly, due to be a company man, he stated that he was pleased to have been involved in something unique.

While popular opinion is the match was an embarrassment for all involved, ultimately, it will be forgotten by most. For those who do remember, it will be viewed comically along with The Gobbledy Gooker and Katie Vick.