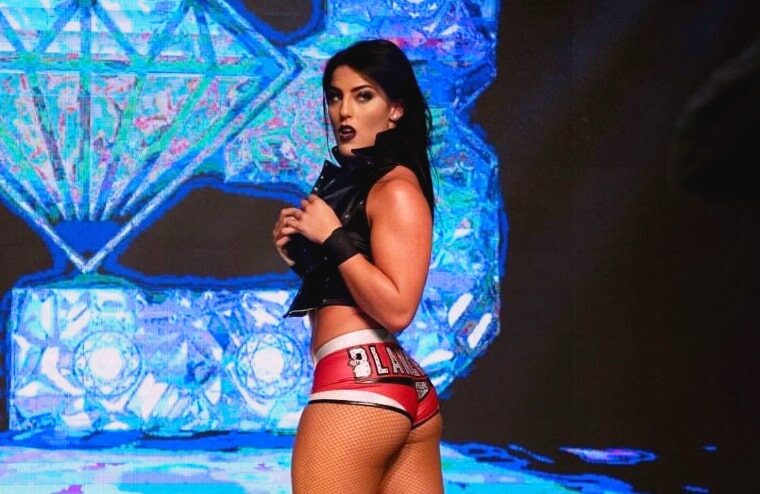 Tessa Blanchard hasn’t regularly competed since departing Impact Wrestling last year. She left on bad terms after refusing to cooperate with them while their main champion and then tried to get them to pay her $150,000 to return the physical belt when she was released. While that would be enough for many promotions not to want to work with her, she has also been accused of using a racial slur and spitting in the face of a fellow wrestler.

While she certainly has the talent to wrestle for WWE or AEW, a report by Bodyslam.net last month would report that “She’s nuclear” regarding those promotions indicating she won’t be signing with either anytime soon. However, early this week, it was announced that David McLane, the founder of GLOW, is bringing back his Women of Wrestling promotion, built around Blanchard in the ring, and they are capitalizing on the controversy by selling a t-shirt featuring an explosion and the word “Nuclear.”

While some fans are excited to watch WOW when it re-debuts next year as a syndicated weekend television show. Many are already declaring they won’t watch due to Blanchard’s involvement. WOW already has an uphill struggle establishing itself in such a competitive wrestling market, so building around Blanchard is a risky choice. Only time will tell if it was wise or ultimately lead to the permanent end of the promotion, which has been on and off since 2000.