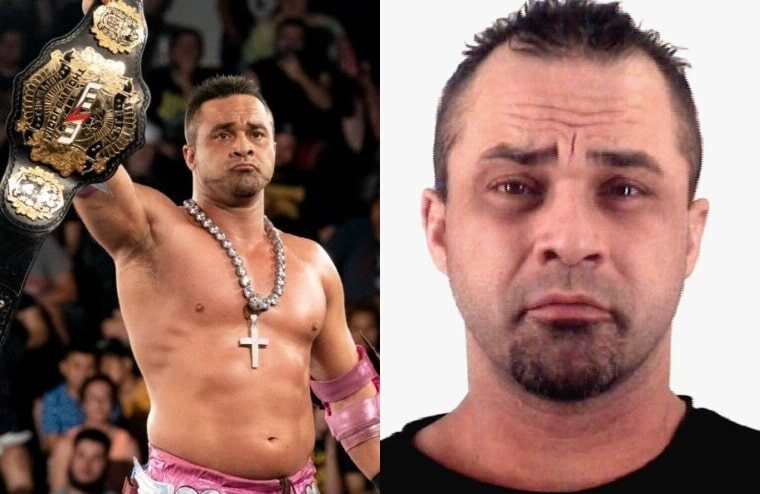 Edward Annis, known professionally as Teddy Hart, is currently being held at the Tarrant County Correction Center in Fort Worth, Texas, following an arrest on February 10th. Records show he is being held for injuring a child/elderly/disabled person, evading arrest with a vehicle, and possession of a controlled substance. As these are the same charges he has been arrested for previously, it would seemingly indicate a parole violation. 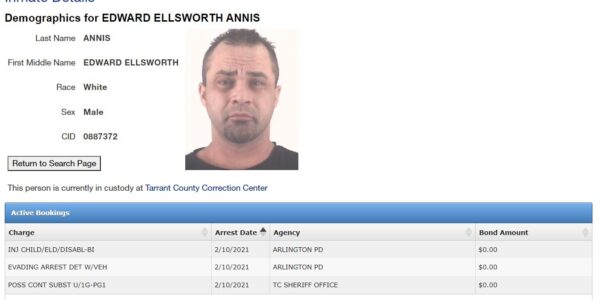 Hart has had legal issues dating back to 2014, however, his life really spiraled out of control in 2020. In February 2020, he was arrested in Virginia and charged with possession of a schedule III substance with the intent to sell or distribute. He’d be arrested the following month for violating the conditions of his bail by not staying under house arrest. Less than a month later, he was arrested again after being accused of strangling his on-again/off-again girlfriend, Maria Maniac, but these charges were later dropped. In October, he was arrested for injuring a child/elderly/disabled person, evading arrest, and possessing a controlled substance, which is believed what his latest detention is linked to.

Hart is the son of Georgia Hart of the famous Hart family and was expected to become a star in the industry. He was signed to WWE aged 18 but was fired due to attitude problems. A few years later, WWE would give him another chance and he wrestled for their developmental territory Florida Championship Wrestling but would get released again. Since then, he has wrestled on the independent circuit and appeared for ROH, AAA, and MLW. He was in the middle of a push in Major League Wrestling last year as their Middleweight Champion but was let out of his deal shortly after dropping the title for speculated disciplinary issues. His previous wrestling appearance before this arrest was bac in December for Juggalo Championship Wrestling.