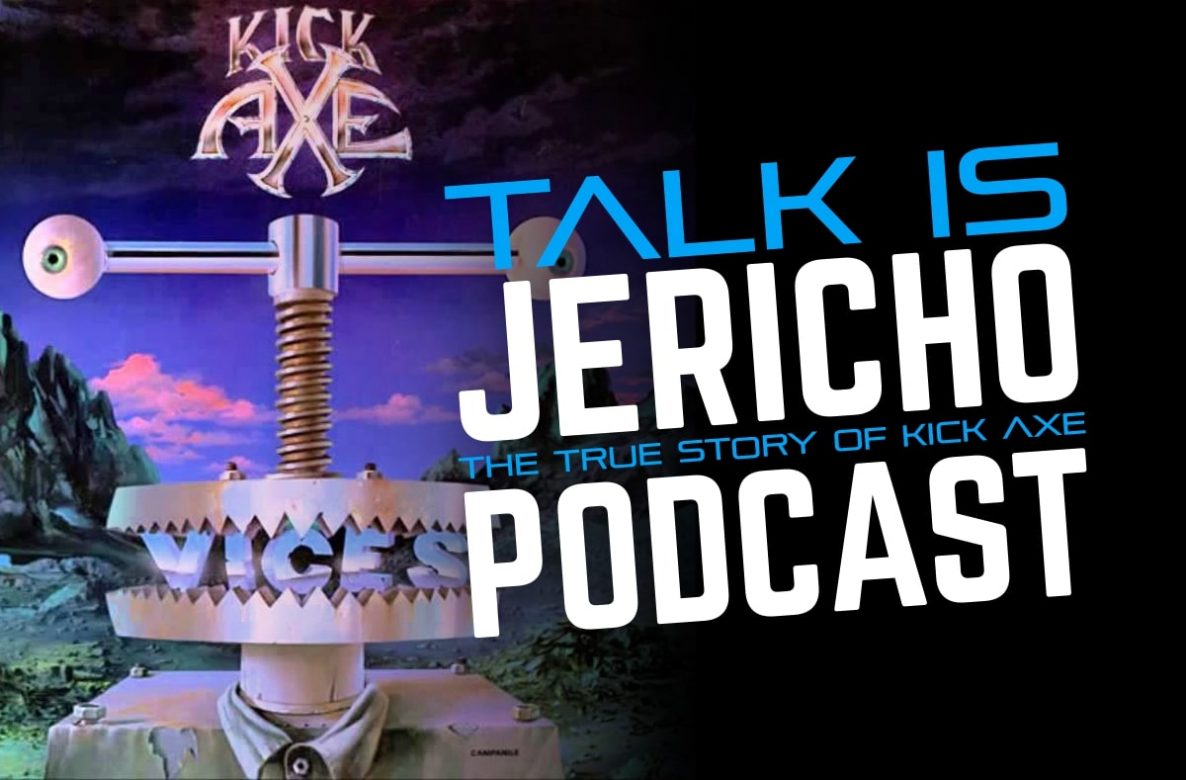 It’s time to meet Kick Axe… one of Chris Jericho’s favorite heavy metal bands! Founding bassist Vic Langen along with drummer Brian Gillstrom and guitarist Ray Harvey talk about the band’s early days gigging in their hometown of Regina, Saskatchewan, Canada, how they broke into the metal scene in the 80s, and why they all but disappeared just as their careers were taking off in the States. They share stories about being signed by Spencer Proffer of Pasha Records, recording in Hollywood, hanging out on the Sunset Strip in the 80s, opening for Judas Priest, the Scorpions, and Whitesnake, and touring with Quiet Riot. You’ll hear about the making of the “Vices” and “Welcome to the Club” albums, and what happened when they opened for Metallica. Plus, they recount what finally brought them together again, why singer George Criston didn’t join them again, and how they found new singer Daniel Nargang.