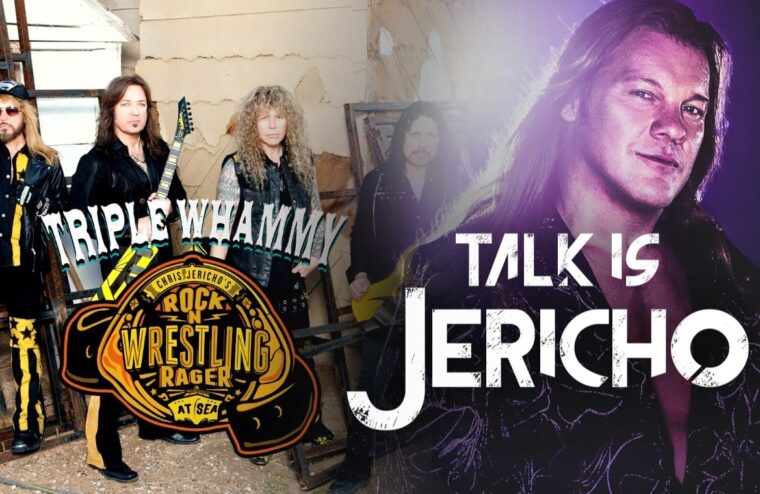 Stryper killed it onstage at the Chris Jericho Rock & Wrestling Rager At Sea Triple Whammy last October and again during their live Talk Is Jericho podcast appearance on the ship! Brothers Robert and Michael Sweet tell stories from their early days, including hanging out on the Sunset Strip in Hollywood, changing the band’s name from Rock’s Regime to Stryper, what inspired the Stryper name, who influenced their song lyrics, and how they were able to tour with mainstream metal and rock bands during the 80s! They talk about the difference between Christian Rock and being Christians IN a rock band, how they had to constantly fight against being pigeonholed, and what MTV did for their popularity and sales in the era of DialMTV. They also have great tales about stealing road signs to hang in the studio, throwing bibles to fans at live shows, and being mobbed and arrested in Australia!