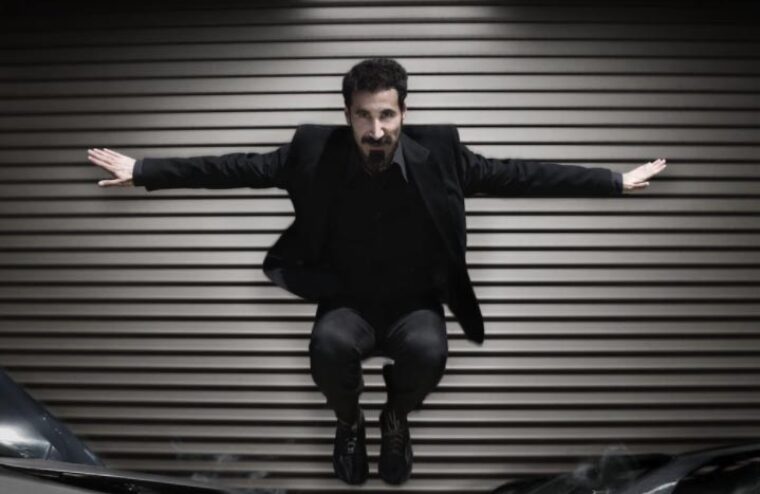 With System of a Down unable to agree on a musical vision going forward, singer Serj Tankian has tried to pick up the slack releasing solo material with 2013’s “Orca” and his “Elasticity” EP this past March. Tankian told Kyle Meredith he’s open to doing more solo material in the rock vein in the future.

“‘Elasticity’ was really fun to put out, actually, because it was very full of life,” Tankian said. “It was very moving. Something like the song ‘Your Mom’, which people were just, like… it was blowing their minds, which was fucking awesome. And I enjoy doing the rock stuff, and I still have more rock songs, and they’ll probably come to me at a particular time. But mostly I’ve been focusing on scoring, art, putting out a lot of releases.”

System of a Down hasn’t released an album since the “Mezmerize” and “Hypnotise” LPs in 2005.

“I have these incredible, incredible tracks that I’ve done over time, a couple of which I’ve released on cinematic stuff or soundtracks, but they are in that world where they just pull your spirit out of your body with the sounds and the instruments and the vocals,” Tankian said.

“ … By the end of December, I might be writing more rock songs … When it comes in a rock uniform, I fucking rock it. When comes in a classical uniform, I ‘classic’ it. … When I conceived possibly doing another record with the guys from System of a Down a few years back, I started working on a set of songs that I arranged in rock format for that purpose. As we weren’t able to see eye to eye on the vision going forward with an SOAD album, I decided to release these songs under my moniker.”