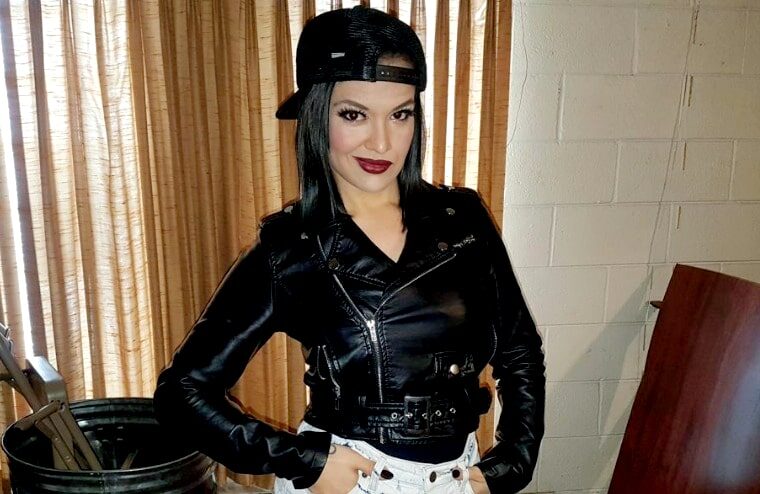 Shaul Guerrero, the daughter of the late great Eddie Guerrero, was signed to WWE between 2010 and 2014, although her last match for them was in 2013. During that run, she would compete as Raquel Diaz. Fans had often wondered why she didn’t use her legendary surname during that time, and now in an interview with Chris Van Vliet, she has revealed that an unnamed person within WWE didn’t want her potentially dishonoring the name.

I remember being told, I’m not going to say by who, that if you suck, we can’t drag your family’s name in the mud. I’m like; I understood that. Again, it’s like they never said I had to be as good as my dad, but there was always little things like that which are hard to ignore. That was day one. When I first went into wrestling, I went into the largest and most prestigious company in the world. I am very grateful for that, but that also comes with the biggest amount of pressure. It was so intense, not to mention the Guerrero way, go hard or go home. High expectations are just in the family. Shaul Guerrero

Things didn’t work out for Shaul in WWE as she was suffering from an eating disorder. The company would put her through three months of in-patient treatment to help her. However, shortly after returning to training, she asked for additional time off to heal from bumping was subsequently released. After a four-year hiatus from the business, she would return as a ring announcer, working for several promotions, including AEW for their AEW Women’s Tag Team Cup Tournament.

She finally returned to the ring in 2020 for Generation Championship Wrestling in Tampa, Florida, wrestling twice on one show. Sadly, she has since been forced to step away from the business again due to a mental illness crisis linked to her eating disorder. The third-generation wrestler clearly has a passion for the industry, so hopefully, she can continue her comeback when she is ready. There are a ton of fans out there who want to see another Guerrero succeed in the industry.