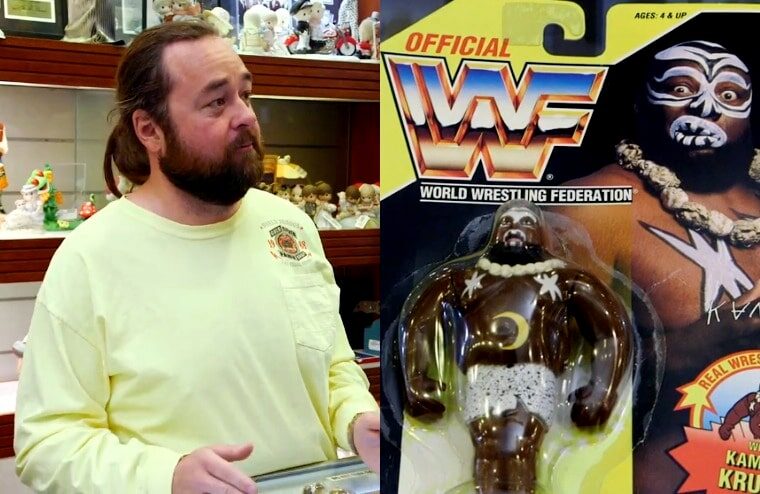 On this week’s new episode of History’s hit series Pawn Stars, a seller was looking to sell an ultra-rare Kamala Hasbro action figure featuring a moon on its belly. The reason for its rarity is that only 24 are believed to have been produced with the moon, with the rest having a star. They can go for up to $10,000 if still in packaging due to so few in existence, and Matt Cardona, known as an avid figure collector owns one.

The seller named Erik wanted $7,500, and in typical Pawn Stars fashion, an expert was brought in to appraise the figure. You can watch the clip and the outcome below.

This isn’t the first time wrestling related items have appeared on Pawn Stars with Paul Bearer’s Hall of Fame ring, an outfit worn by Randy Savage, and a Hulk Hogan signed Sports Illustrated all appearing on the show over the years.