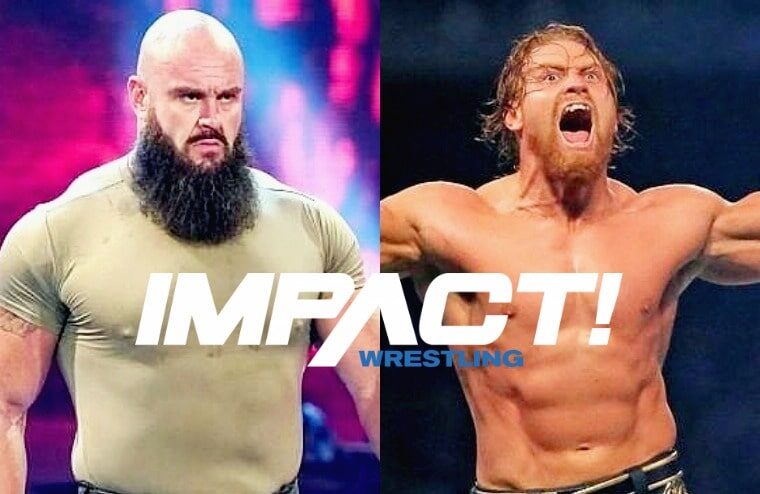 WWE released both Braun Strowman and Buddy Murphy in June, and since then, fans have been speculating where they would end up competing next full-time. There had been rumors of Strowman returning to WWE on a lower salary, and Murphy, who is now by the name Buddy Matthews is booked to face Brian Cage on an upcoming indie show in Philadelphia. However, based on a recent Twitch stream on independent wrestler Jade Chung’s channel, it was teased the duo could be set to join her husband, Josh Alexander, in Impact Wrestling.

During the stream, Impact Wrestling Executive Vice President Scott D’Amore asked George Iceman to announce Murphy’s debut. Iceman said he wasn’t allowed to do that yet. Then shortly afterward, D’Amore would refer to Impact’s upcoming flagship pay-pr-view Bound For Glory as “Braun For Glory” and called it an easter egg.

D’Amore was clearly having a good time at the Toronto Blue Jays game with the rest of the group attending, and he could simply have been being mischievous and joking to entertain those watching on the stream. While Impact Wrestling does have a history of teasing released WWE wrestlers to help sell pay-per-views, they don’t usually mention them by name. So while it is a long way from confirmation, the pair will be debuting soon for the promotion and appearing Bound For Glory on October 23rd, it is the best clue yet.