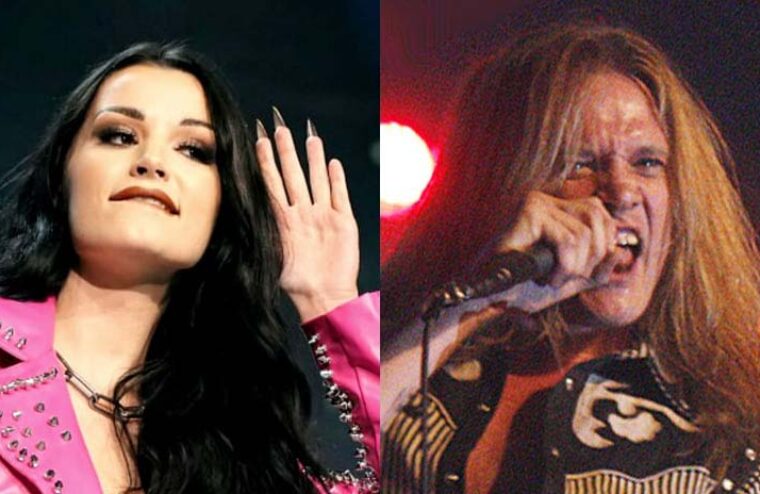 Saraya recently gave a wide-ranging interview to Chris Van Vliet promoting her upcoming match at AEW Full Gear against Britt Baker. She talked at length about finally getting cleared to wrestle again, and also spoke about her relationship with Sasha Banks, who inadvertently injured Saraya years prior leading to her hiatus from the ring.

Saraya has been dating Falling In Reverse singer Ronnie Radke since 2018. Last month, Falling In Reverse were forced to cancel a show in Illinois after Radke announced that the band had lost their laptops. He said that, “as a band in 2022, you need your laptops. It’s like driving a car without an engine.”

This prompted SiriusXM DJ Eddie Trunk, a longtime critic of bands who use extensive pre-recorded tracks in their shows, to respond. “How much longer are fans, promoters, media, just going to accept the epidemic of live rock shows… not really being live?” he wrote.

Bach then chimed in, and he and Radke had a heated back and forth for some time on the topic before it finally died down.

Vliet brought up the feud with Saraya, who at the time chimed in and mocked Bach for allegedly having hair plugs. Bach responded: “The fake athlete thinks that I have fake hair. Sorry to disappoint the wrestler time to go practice being fake and defending fake.”

Saraya told Vliet: “He’s an as*hole, I was so disappointed.”

“So this is the story right? My boyfriend was about to go and do this festival and then his laptops got stolen. He didn’t know where they were. But the laptops are so important because they have the lighting, it has the rap beats, it has the synths, it has everything right? It doesn’t have his vocals and stuff on there. He’s naturally so gifted with his vocals, but these laptops went missing and he doesn’t like to put on half assed shows, right?”

“So he was like, I’d rather cancel than put on a show that’s 50%. So Sebastian Bach saw that and said that he’s not a real rock star and all that kind of stuff and you shouldn’t have to use laptops. It’s just like, I don’t know if you listened to my music, but I rap in my music too, as well as sing so like the band can’t just do these like rap beats like, you know, you can’t just do that using your instruments and f*cking beatboxing.”

“You need laptops, there’s laptops for that and for the lights and stuff like that. Then Sebastian Bach tried to say that he never canceled shows, which he has. But he also said that he doesn’t use laptops, which he does. Like, there’s literally videos of him with the laptop. I don’t know what he’s talking about. But he just decided to say that when he’s not a real rock star. We didn’t realize how much Sebastian Bach was f*cking hated. This guy is a menace. He got into an argument with Chris Jericho at one point, like he is a menace.”